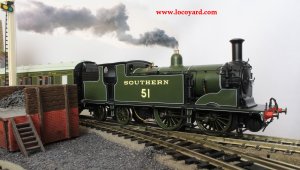 In what admittedly is probably the longest model railway development in history, things have unsurprisingly been progressing slowly.  There are plenty of reasons for this, the most obvious being life getting in the way!  But I thought it time for an update anyway.

The layout is to be located in a box room – a room that is still in use for storage, so they’ll be nothing happening until new space is found for the random junk that is currently living there. However, despite this, I’ve been working on putting a few other steps in the right direction…

There is an aim for a complete layout that may fully or partially come into fruition.  For someone who has few building skills, the plan has had to be simple, but the available space has dictated some complexity.  Carpentry isn’t something that was properly taught to me whilst at school and so building a baseboard from scratch was always going to be a potential stumbling block.  Especially as I am determined to both build it myself and to have a layout that will not be flat!  Just to clarify – I want the surroundings to be undulating (just like the real world) but the track will not be graded.  The best way to achieve this is through what is known as an “open frame” baseboard construction.  However, this requires pretty good carpentry skills, so I will be cheating by using multiple basic baseboards.

If the layout comes into full bloom, it will be U shaped to allow for access into the room.  If I get to this stage, I will need to have constructed 5 separate baseboards – which is proving slow to say the least!  Part of the idea of keeping it simple was that the layout could evolve from something small, with baseboards added over time. But that idea has not proven to be too practical.  For starters, it is much easier in the long run to build the whole lot at once.  You have to consider how the baseboards will be connected and supported as a whole – something that’s much easier to do without a section with track or scenery sitting on it.  Plus you need enough space to have something practical when it comes to operating. So the layout will either be half or fully completed. 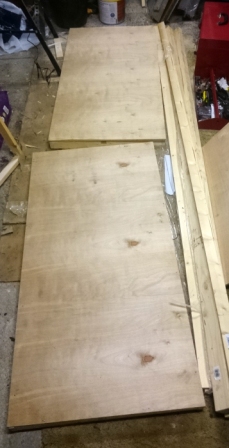 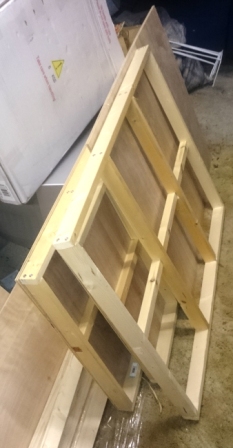 Of the five baseboards required, two are complete in terms of frame and board mounted, with a third frame completed.  Of the two remaining baseboards, I’ve enough materials for one.  However, before tackling them, the next consideration is supports and legs. As the layouts home is to be short lived, I’ll not be attaching them to the walls.

Meanwhile, I’ve been enjoying creating a track plan for half the layout.  There will be an engine shed with (of course) a loco yard, plus some sidings for shunting.  I’m using the rather brilliant Any Rail Software that created the image above. Providing you don’t want to create a massive plan with all the bells and whistles, the basic (and free) version of Any Rail will suffice. The software allows you to choose from most mainstream set track from the major manufacturers. There are also various scenery options should you wish. I highly recommend this product that simplifies the planning process.

So that’s where we are with Locoyard version 2!