Today we take a look back at blog posts from the Watercress Line in 2015.  The Mid Hants Railway, or Watercress Line is the most heavily featured preserved railway on locoyard and as a result required this specific blog post to summarise all the entries!

Mid-Hants Railway and Modern Engineering looks at the work required to keep heritage alive, new techniques are required for the sake of efficiency and using current skills – View.  In a very different set of techniques, we also have a special article devoted to improving photographs of steam locomotives – View.  Finally for this section is piece that explores the passions behind the love of steam locomotives – View.

Merchant Navy class 35005 Canadian Pacific has for some time featured on this blog, thanks to Simon volunteering on it’s initial strip down prior to the overhaul commencing.  The locomotive’s Heritage Lottery Funded overhaul and wider promotion and outreach have since became the focus of Dave’s job and so it is a very important part of this website!  ‘Can Pac’ Blog Posts are summarised below:

In Search of the originals – the search for Canadian Pacific’s nameplates – View.

Full Steam Ahead for Canadian Pacific and the MHR – Heritage Lottery Funding is confirmed – View.

Canadian Pacific Locomotive Profile Part 3 – the history of Can Pac since preservation – View.

Engineering a Future, from the Past – Dave announces that he will be starting to work for the Mid-Hants on the Can Pac project – View.

Here’s One We Did Earlier – An article looking at 925 Cheltenham, the locomotive previously restored at Eastleigh – View.

Welcome To My Office! – Dave’s first blog post after being appointed as Project Supervisor – View.

Behind the scenes – a look at Can Pac’s wheels in South Devon (written for and directly linked to the Watercress Line website) .

Overhaul update from August (written for and directly linked to the Watercress Line website) – View.

Other Railway news and updates

The following articles were updates and news items throughout the year.

A BR Standard Atlantic No More – 70000 Britannia is returned to service at Ropley – View.

#VoteWatercressLine – the Watercress Line were nominated for the Best Heritage Project category of the National Lottery Awards for their ‘Mind the Gap’ apprenticeship scheme that was decided through voting.  Unfortunately the railway did not win overall, but thank you to the 176 locoyard readers who voted – View.

Recreation of Long Lost Cattle Wagon looks at the quite incredible recreation of a wagon – View. 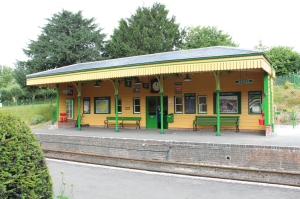 Here we have the many and varied articles on visits to the railway published in 2015 (some are not from that year.)

A summary of the Spring Steam Gala with links to articles from Alex, Dave and Simon – View.

Fun Times on the Watercress Line an accumulation of visits from the summer – View.

A Moody Morning – pictures of Ropley in the thick fog – View. 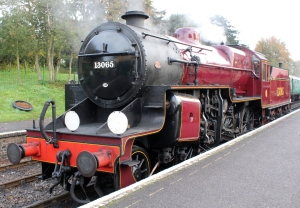 December Steam on the railway – View.