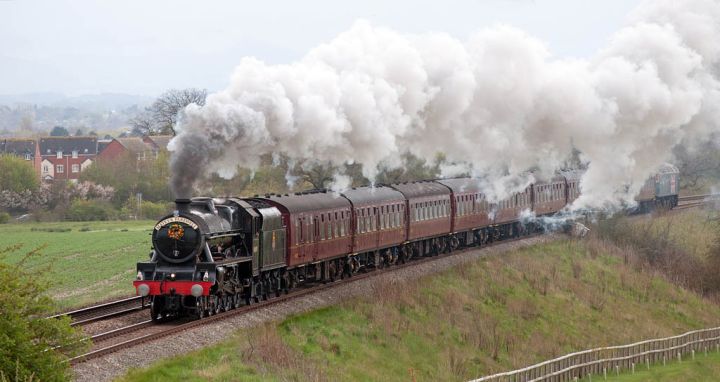 Friday’s steam special left Shrewsbury, heading for Crewe and ultimately Dumfries, soon after 4pm. It was moving along nicely at Battlefield (site of the battle of Shrewsbury more than 600 years ago) a few minutes later. Pictures taken, we headed for home – I was due out again later in the evening. No time for […]

via Who could forget Leander? — geoffspages blog