On the fourth of April, I visited the North Yorkshire Moors Railway. It has been at least five years since my previous visit.

One of the big changes was the addition of the roof over the station at Pickering. The magnificent roof structure is of the same design as the original, built in 1847 by G T Andrews. 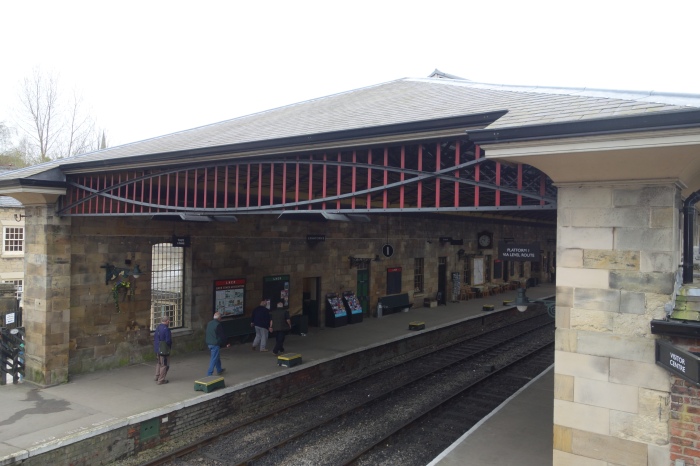 Boarding the DMU, I travelled the entire line of Grosmont, stopping at Levisham and Goathland, which is famous for masquerading as Aidensfield station in Heartbeat and Hogsmeade station in the Harry Potter film series.

After arriving at the terminus, I waited for the next service to travel to Whitby. The heritage trains travel on the national network to Whitby, where the NYMR now have their own platform, meaning there are more services

There was a wide selection of locomotives that were in service, from two Black Five locomotives, a Standard 4 and the DMU, affectionately nicknamed Daisy. It has been a while since I have travelled on a DMU, due to their lower capacity than the regular services that operate.

The Standard 4 was undergoing tests at Grosmont station, before returning to the yard later in the day to prepare for service later on in the week. Note the headboard on the back of the tender, which is from the Tour de Yorkshire cycling event a few years ago, and due to be held in the coming weeks.

After arriving back at the Grosmont, I visited the locomotive shed, which is through a tunnel parallel to locomotive tunnel. Before entering, there is a short walk along the lineside, where I saw the Whitby to Pickering service depart into the tunnel. 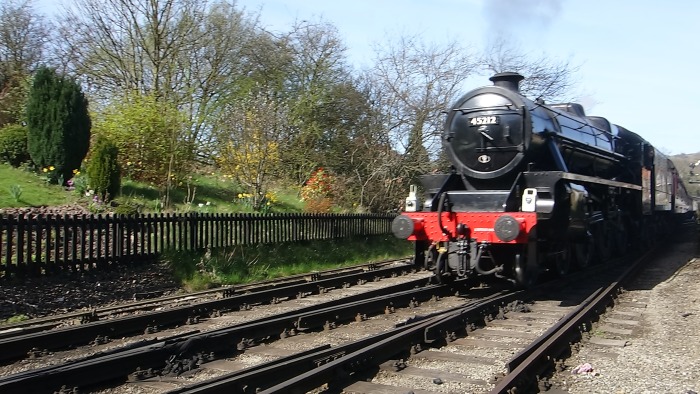 The light at the end of the tunnel, the yard emerges, with numerous locomotives undergoing restoration, and repairs. From steam and diesel locomotives, being cosmetically restored, or boilers undergoing overhaul, it was busy when I visited. And this was before Easter break!

The boiler and frames below in the background are WD 3627, named after the famous wartime singer, Dame Vera Lynn, currently undergoing fund-raising before restoration can continue.

The Standard 4 was being filled with coal and water in preparation for the next day’s journey, and seemed to create a crowd watching the coaling tower being used. This novel idea is uncommon at other heritage railways, and is always a treat to see when visiting the line. 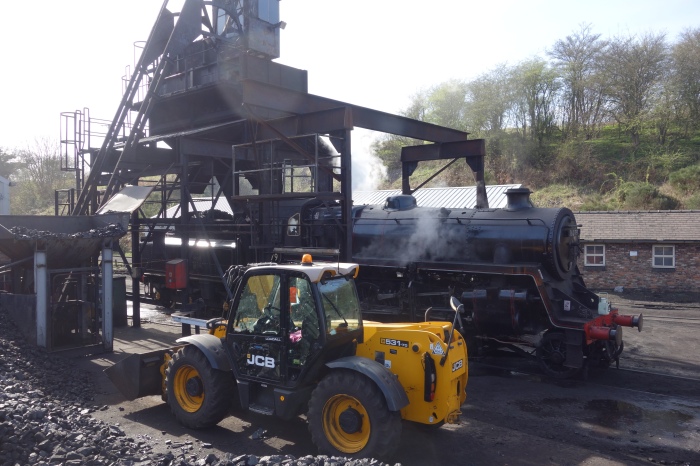 The curve as the train enters the tunnel into Grosmont station is really unique, as it passes the yard and the coaling platform, which gives the feeling of a working yard of over a 100 years ago.

A final overview of the yard, showing the scale of the depot that the NYMR have developed since the line was resurrected in 1973. They have become one of the premier lines in the country, and attract crowds all over the world. With the Easter and Summer services requiring more steam locomotives operating, the railway has adapted to the increase capacity that is faces every year. 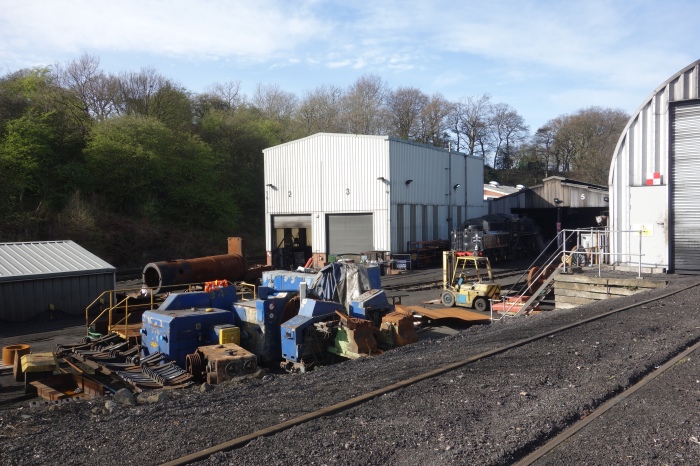 After leaving the yard, I boarded the final train to Pickering, which was Black 5 45487.