It’s funny how certain moments in your life stand out and become memorable.  Over the years I’ve had the privilege of seeing many steam locomotives, but one in particular is seeing 92220 Evening Star in steam on the North York Moors Railway.  At the time I was very young and Evening Star seemed to be the biggest machine I had ever set my eyes upon!  When visiting York for the Great Gathering, it was great to spend some time looking at this big beast of a locomotive, for the first time since a long time ago and this time with a camera!

Regarded by many as the ultimate and best British Railway Standard class; the 9F is also generally considered to be the finest

heavy freight locomotive built in Britain.  It is the only locomotive built in the UK with a 9F classification and also is unique due to it sharing very few of its components with other standard classes.  Designed to be capable of pulling 900 tons at an average of 35 miles per hour, after a few teething problems were ironed out the class soon proved themselves capable of greater feats; managing to pull loads of more than 1,000 tons.  They also proved more than capable of express passenger duties, although their smaller driving wheels and lack of speedometers meant that British Railways soon put a stop to these! 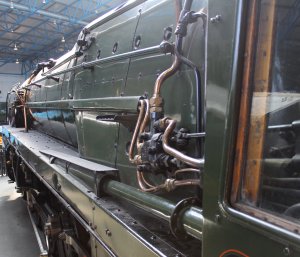 92220 Evening Star was the 999th and last locomotive built by British Railways and the Swindon built machine was finished differently as a result.  It was painted in lined Brunswick Green and given a copper capped double chimney.  Due to this, 92220 Evening Star has a celebrity status and is arguably the most glamorous freight engine ever built!

92220 had a very short career on the Western and Somerset and Dorset regions and was withdrawn after 5 years in 1965.  In that time however, it achieved one notable feat – following a failure of a BR Standard 7MT Britannia class hauling the “Red Dragon” on June 27th 1960.  92220 Evening Star was brought in as a replacement and kept to the schedule perfectly, running up to estimated speeds of 90MPH.  Notably in doing so, it used less coal then either a GWR Castle class or BR Britannia class would be expected to!

The 9F class had and still have a habit of doing everything asked of them very well.  Preserved lines have found them efficient, economical and reliable.  Nine BR Standard 9F’s have been preserved, including Evening Star.  92220 has steamed in preservation; which has included rail tour operations on the mainline.  Currently she is not operational and resides in York on display and is a member of the National Collection, where it was photographed here. 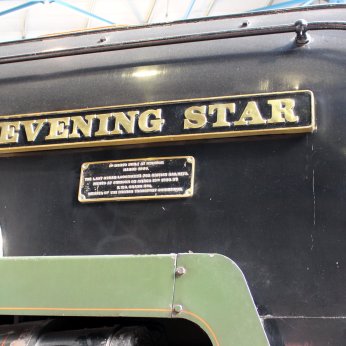 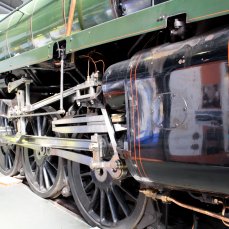 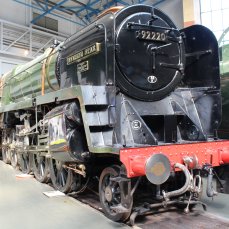 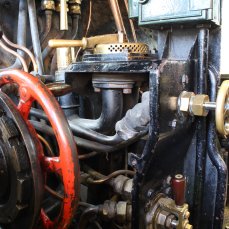 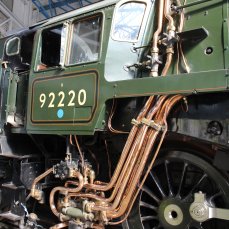 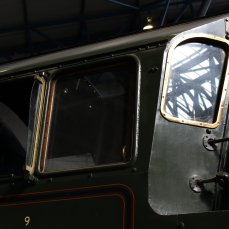 To read about other exhibits to be found in the National Railway Museum during this visit in 2013, please click here.