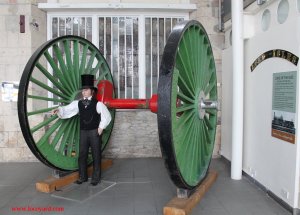 The Great Western Railway, or GWR, was known to it’s fans as “God’s Wonderful Railway”.  Most people who find an interest in something often develop loyalties, particularly when it comes to anything competitive, just listen to the chants of any football game if you’re searching for an example! The same is true for railways, even when it comes to model railways!  Personally, my love of the southern is more to do with experience and the rivalry hasn’t quite rubbed off (yet!)  However, even today over 65 years since they were nationalised, you will still hear (largely good humoured) banter on social media between rivals of the “big four”, of which the GWR was one… 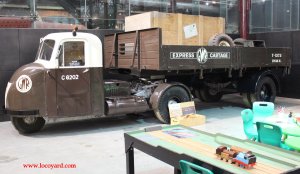 So what follows may be a bit of a shock, but the story and history of the GWR is deeply impressive, even to a usually southern enthusiast.  From it’s inception in 1833, the railway was always different to the others.  Beginning with it’s railway infrastructure, Isambard Kingdom Brunel engineered a railway that still today impresses.  Brunel built the GWR to broad gauge which was eventually converted to standard to allow connectivity to the remainder of the UK network, however, just think if this had remained.  Or even better, if the whole of the UK were built to broad gauge.  Today’s modern high speed trains would be capable of greater speed, greater capacity and be more comfortable.  Brunel knew this in the early nineteenth century.

Going forward in time to the turn of the twentieth century, George Jackson Churchward is recognised as setting the outline of the typical British steam locomotive.  He did this not just do this just through his own own remarkable talent but also by benchmarking French and American designs.  Churchward’s Saint class for instance, was the basis for the later very similar GWR Hall class and also the LMS Stanier black 5, which effectively became the BR standard 5MT, not to mention influencing Thompson’s LNER B1 class.   The Saint’s were introduced in 1902 and the last BR Standard class 5MT was constructed in 1957.  Yes there were many refinements, but Chuchward’s principals were as sound in 1957 as they were in 1902.  On being questioned of why his 4-6-0 steam locomotives cost three times the price to build, Churchward’s response was simple – “Because one of mine could pull two of their bloody things backwards” and I for one would not question that!

Another notable point of interest lies in Churchward’s successor’s Castle class, a locomotive type derived from the Star class.  This particular point of interest is in it’s comparison to the legendary LNER 4472 Flying Scotsman, officially the most famous steam locomotive in the world. The star class was introduced in 1906, the Castle in 1923, a year after Sir Nigel Gresley’s A1 class of which 4472 Flying Scotsman was a member.  A few months after the two types (GWR Castle and LNER A1) were introduced, comparative tests were made.  Now you might be thinking that the mighty Flying Scotsman humbled Collett’s Castle, a locomotive closely related to a 1906 production, but you would be wrong.  In fact it was the complete opposite, the GWR Castle class was a better machine. As a result Gresley redesigned the valve gear and developed the A3 class as a result.  LNER fans will often say that GWR stands for “Gresley Was Right”, but this example says otherwise! 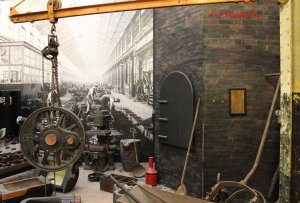 Swindon was the main works of the GWR and at it’s peak employed 14,000 people.  It was massive!  The town’s history and that of the GWR are entwined and it is this story that STEAM – Museum of the GWR tell’s.  It is very difficult for a museum to execute this whist being engaging.  However, the museum does a very good job and is very worthy of a visit. 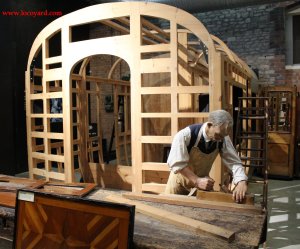 One of the things I particularly enjoyed at the museum were some of the scenes that had been set up, some of them even showing what the office’s would have looked like, something that I’m sure many people can relate to!

Several blog posts have been published on exhibit’s to be found as of November 2013 (these do vary, so check before visiting if you want to see something specifically).  Many thanks to Simon of Brookes Castle for his input into some of these.  They are as follows: 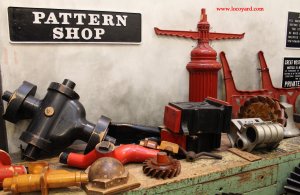 Hopefully, this coverage has shown what a good experience that visiting STEAM – Museum of the GWR is and I encourage you to take a visit. 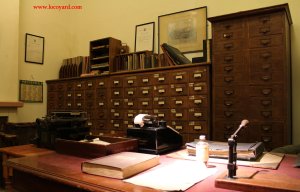 One last thing, before we leave you with the remaining pictures of the visit is this… part of the remainder of the former works buildings have been converted into a Designer Outlet shopping centre.  Mrs Locoyard loved it, which gave me a good couple of hours to explore the museum without feeling guilty!  I’m sure this could be quite a selling point for many of you too! 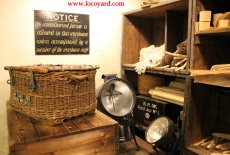 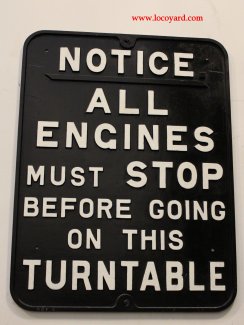 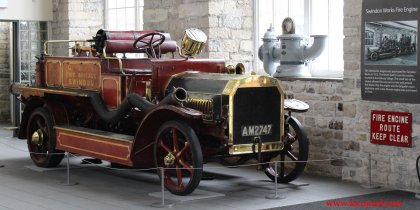 On a related historical note, if you would like to read an article published in 1942 with contemporary images of early 19th century GWR locomotives then please click here.

STEAM is a satellite museum for members of the National Collection whose headquarters are in York – click here to find out about some of the incredible exhibits to be found there.

3 thoughts on “STEAM – Museum of the Great Western Railway”