Gordon the Big Engine is not just a large blue steam engine to be found in the literary works of the Reverend Awdry’s and subsequent tv and film episodes, but also a real big and blue locomotive.  The Longmoor Military Railway was a complex system of railway lines in and around Woolmer Forest in Hampshire, used for training purposes.  The LMR used an attractive blue livery for it’s surprisingly large collection of steam locomotives and many were named after prominent British Military figures and Gordon’s name came from General Gordon of Khartoum.  Hence we have a large blue steam locomotive named Gordon that has nothing to do with the Thomas the Tank Engine and Friends character – at least with the exception of being used in that role in the Severn Valley Railway’s former ‘Days Out with Thomas’ events!

No. 600 Gordon is a member of RA Riddles War Department 2-10-0 class, built cheaply in 1943 for use in and to last the duration of the Second World War.  The class had much in common with the 2-8-0 Austerity type, but had an extra axle to spread it’s weight and so allowed use on lighter lines.  Unlike it’s 2-8-0 cousin, the WD 2-10-0 has a wide firebox and rather unusually (in the UK at least), the wide firebox sits directly above the driving wheels.  150 WD 2-10-0’s were built and became distributed around Europe.  Four now survive, including Gordon on display in the Sever Valley Railway’s Engine House museum in Highley.  The LMR also used one other WD 2-10-0; no. 601 Kitchener.  Kitchener’s claim to fame was a role in ‘The Great St. Trinians Train Robbery’. 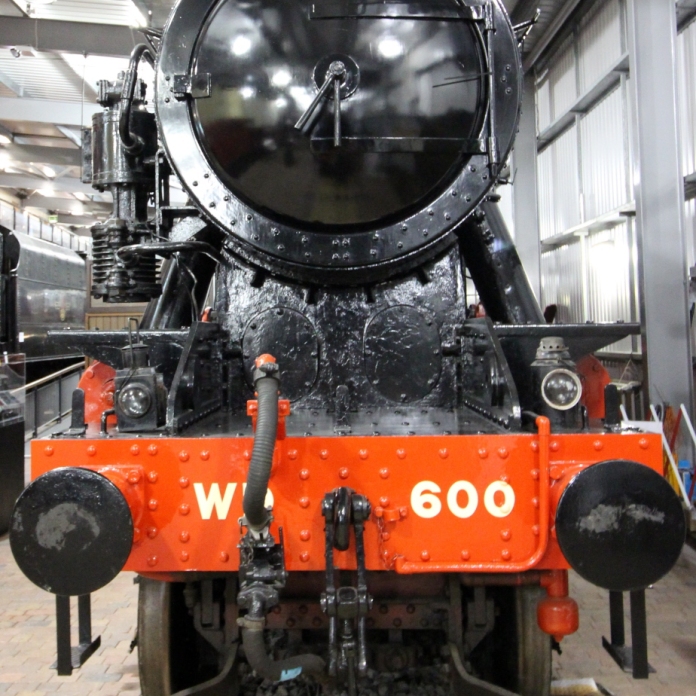 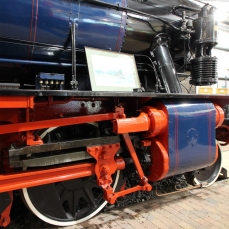 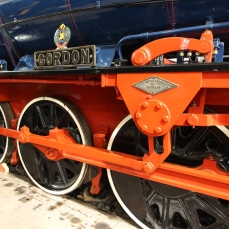 Gordon does have a couple of claims to fame, but the first is of a (formally) secret nature.  This claim to fame comes from 1957 when it ran supply trains between Longmoor and Southampton docks during the Suez Crisis.  It’s second claim to fame is being the last steam locomotive owned by the Army.

Gordon has run in preservation on the Severn Valley Railway, but for the time being is a museum piece after having a cosmetic restoration. Hopefully one day Gordon the Big Engine will run again, but at least in the meantime it’s on view and protected under cover.

One thought on “Gordon the Big Engine”