On Sunday 26th June, I arrived in Sacramento, where the California State Railroad Museum is located. On the weekends (as can be seen in the video above), they operate a heritage train ride from the museum along the river, hauled by a diesel locomotive. In the past they operated a steam locomotive, but this has not been used for around five years. I did take some photographs of the steam locomotives that used to operate the service that were inside the depot. 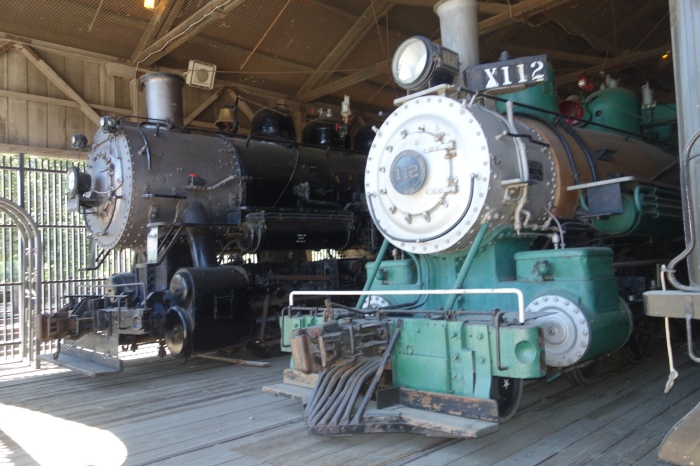 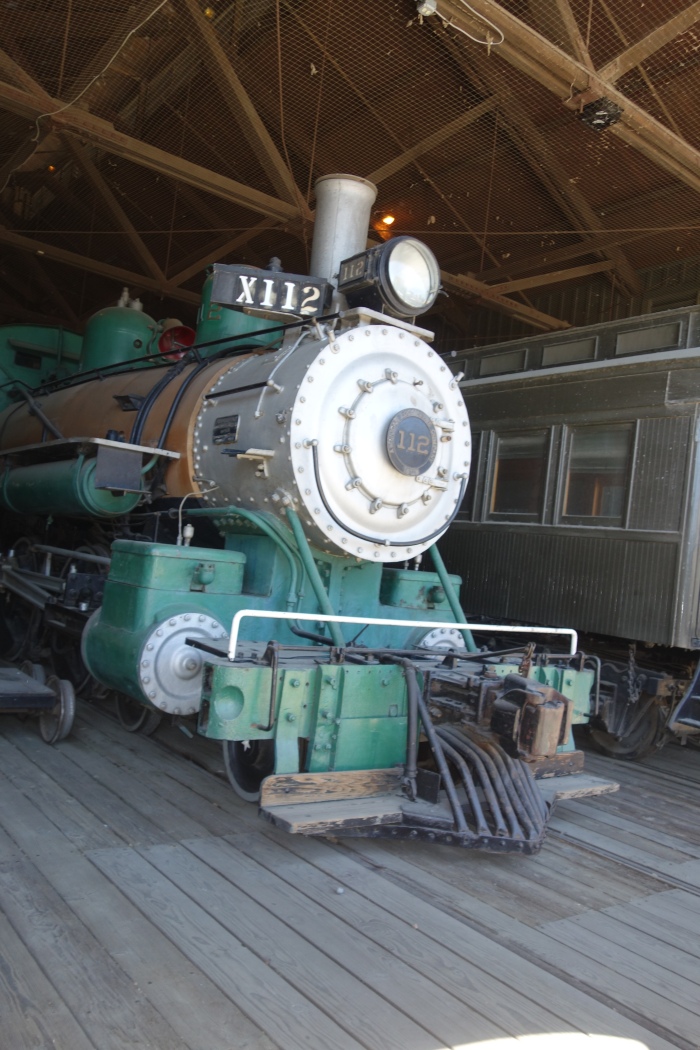 Outside the depot were two locomotives and a water tank that was recently moved from where the excursion train travels. They are in the process of being repainted. After speaking to one of the volunteers, they had just finished the black overcoat and the numbers and lining were going to follow a week later. By the time you are reading this, the repaint should now be finished. 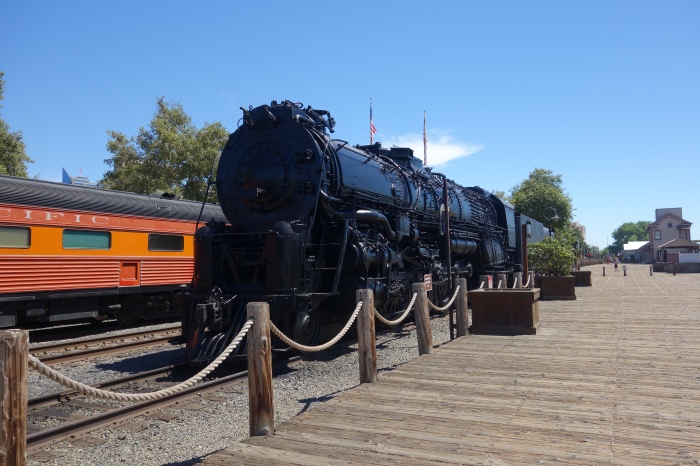 The next day, Monday 21st, I visited the museum which arguably is almost as famous as the National Railway Museum in York. The layout of the museum shows the beginning of the railroads in California and how the Southern Pacific became a versatile railroad company transporting people and freight.

This is the first sight you see after a short movie. The film tells the story of the beginning of the railroads and how they have changed American life, including their introduction in Britain, with some very bizarre English accents! 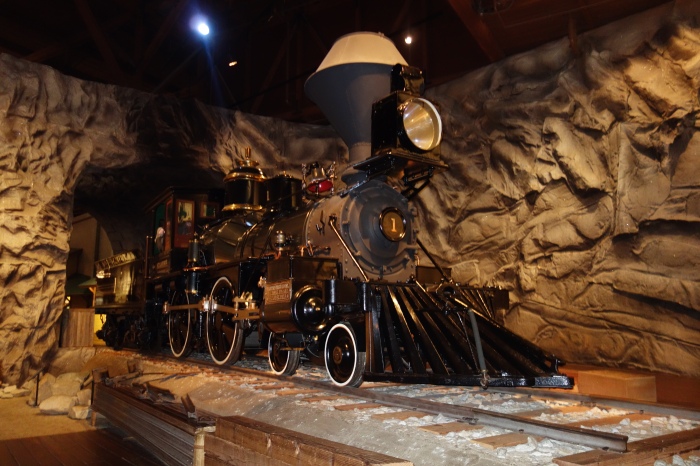 As you enter the museum, you are greeted by the General Stafford and a reconstruction of a snow shed, which were constructed along the Southern Pacific to stop snow from covering the line allowing there to be all year round transportation. 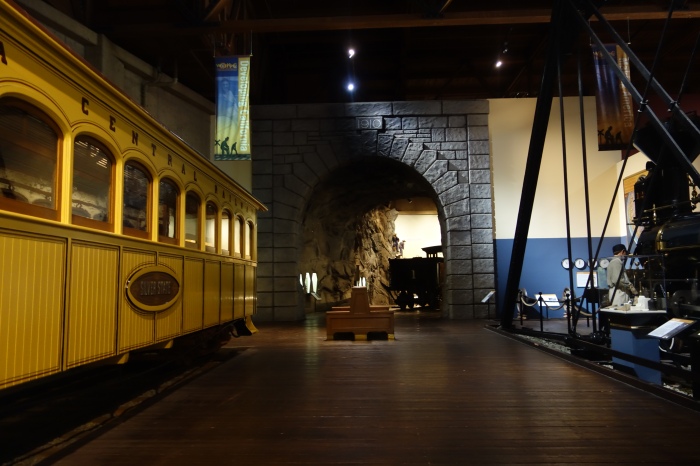 The locomotive below is a classic American design, which shows how the lining of the locomotive was intricately done. It was to stand out against other railroad companies, and promote that they were the best in the country. These were wood burning locomotives, which was cheaper and easier to source for the pioneering days of the American Railroads

As you enter through the tunnel in the picture above, you enter the original roundhouse, which has been renovated into a museum. There are original locomotives and coaches from the different railroad companies that operated in California and the surrounding states, all spread around the museum.

This includes one of the oldest locomotives in the collection, to a variety of rolling stock, such as a sleeping car and a dining car. One of the volunteers onboard the sleeping car was showing how the seats turned into the beds, and how cramped they were. It is amazing how two people slept in each bed, and with two beds in each compartment, it is an interesting sight. One of the highlights is that the coach sways from side to side, as if it is part of an express train. We saw into the different classes of bathrooms, and how third class shares a small room with the rest of the coach, while second and first each have bigger rooms that are used solely by themselves.

The dining car has a collection of cutlery and dinnerware from all of the famous expresses that used to operate across America, from different periods, and companies. Each of them was trying to create the most luxurious service that could be afforded, and with the tight spaces of the kitchen, it is a testament to the crews in how they offered this level of service on a speeding train.

There are also the refrigeration vans that took fresh produce all over the USA, such as oranges from California and Florida to the northern cities, along with how they were operated. Not only are the vans, known as box cars, quite large, meaning there is a large amount of produce that is being transported, but how this was just one of the hundreds that were used on trains that zipped all over the country. 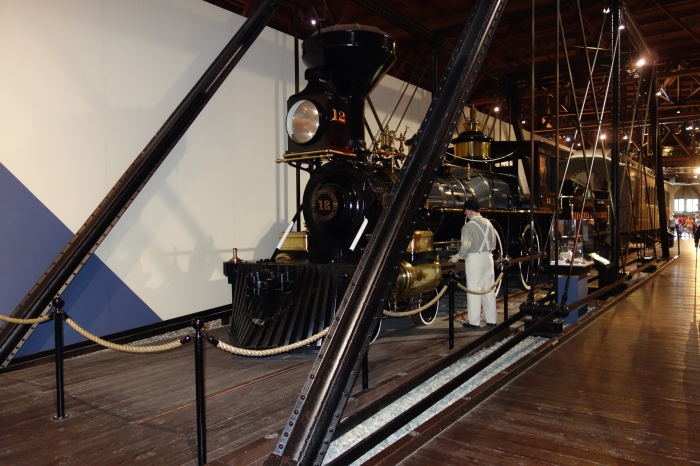 There is also a look at how the railroads played a part in the American Civil War, along with the history of the Pullman Cars, from their manufacturing. The locomotive below is from the Virginia and Truckee Railroad, and was used transporting troops to the battles of the Civil War.

However, the star attraction of the museum is the Cab Forward locomotive, which is a long as a Union Pacific Big Boy, but was designed to travel with the cab being at the front of the locomotive. This was to stop soot getting trapped in the cab, which happened using the conventional design of steam locomotives inside the snow tunnels. 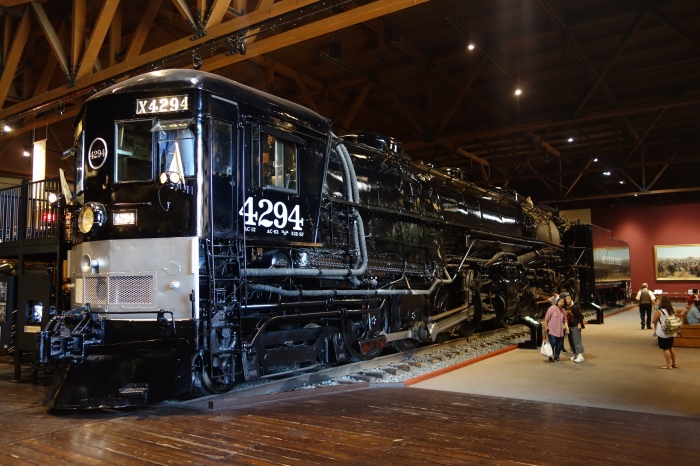 From the pictures above, the scale of the locomotive is immense, and after talking to one of the old drivers of the Cab Forwards inside the cab, he said that when they were first steaming up, they could be heard from miles around. As Sacramento was where many of them were kept, inside the roundhouse that is now the museum, they were known as window shakers, due to how loud they were. The depot crew made sure that not many of these were being steamed up at once. 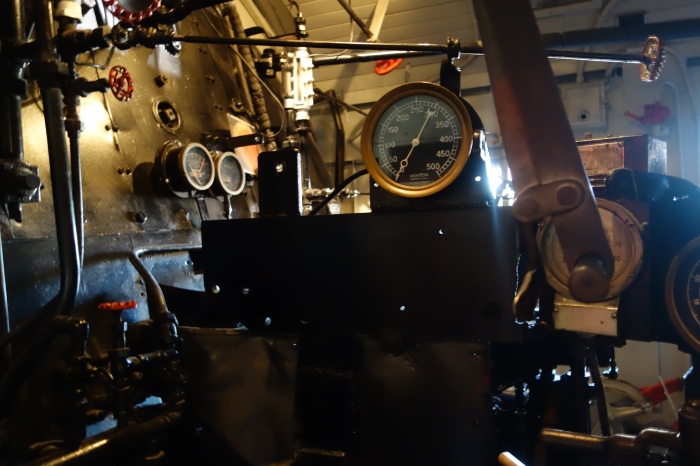 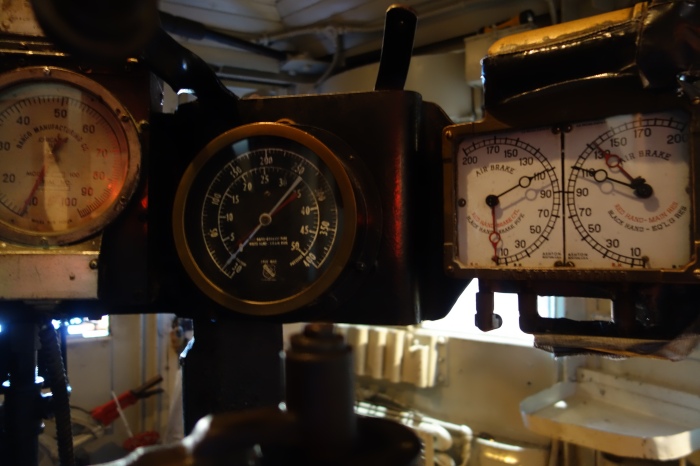 I took a few pictures when in the cab, and from the scale of it, there is nothing like it in Britain, from how big the firebox is, to the amount of gauges, and how big the cab is, unique and unconventional is putting it bluntly. This is the only cab forward left in the world, as was originally on display outside the Amtrak station in Sacramento, but after vandals decided they wanted to take home souvenirs, it was donated to the museum, who have cosmetically restored it to its’ original condition. When asking if there would ever be a chance for this locomotive to return to operating condition, like the recent resurrection of the Big Boy, they would need a large grant from the state government, and due to how much money it is to restore a steam locomotive, even some that are half the size of the Cab Forward, there is serious doubt that there would be a return on their investment. 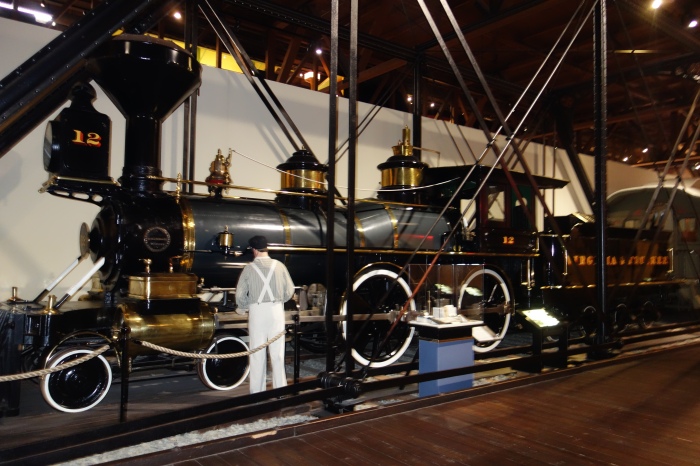 Overall, it is one of the best railroad museums in the country, and really does chart the history of the railroads in California. Not only are all of the exhibits kept is an excellent condition, the scale of the site, and the presence of the Cab Forward make is a highly recommend museum. As I mentioned above, weekends are when they operate their heritage diesel rides, which is a pleasant journey. While it is disappointing that they do not operate a steam locomotive, is still brings some kinetic energy to the old town of Sacramento.