On the 27th June I arrived in San Francisco, where the famous Cable Cars operate. However, there is more historical transportation that operates in the city, such as the Streetcars, also knowns as trams. Operated by Muni, they travel along the Embarcadero and Market Street. They are a fantastic alternative to the regular transport options within San Francisco, including buses, trolleybuses and the metro. While I was visiting, I focused on the heritage trams, although I did have a ride on the cable cars.

There are three cable cars lines still in daily service, but the most popular is Powell & Market, which goes right to the sea front. There is something about traveling on one of these while going up and down very steep inclines, and how they operate which makes them a one of a kind experience.

The highlight though is the heritage streetcars, which are used as a form of public transport. Muni and the supporting group for the F-Line and E-Line, the lines were they operate, the Market Street Railway, have restored PCC cars, and given them liveries from famous cities across America. The PCC design was a used across the country, and the vehicles used in San Francisco have arrived from other cities, with many coming from the San Francisco. Not only are they a colourful alternative to navigate around the city, but are museums on wheels. 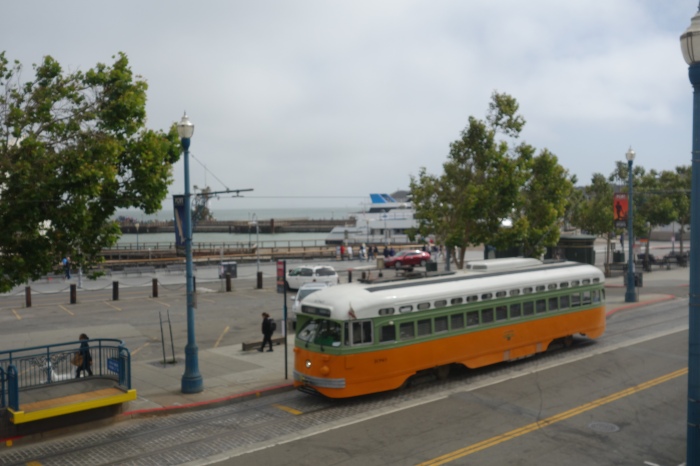 They also operate two Blackpool Boats, which have both been restored their original liveries, but are only out along the Embarcadero in warm weather, which for San Francisco, is very unpredictable. They also operate many other vehicles from around the world, showing how the different designs for trams across the world. Being museums in motion, it is very similar to how it all started, with a small selection of trams being used on Market Street for the 1983 Trolley festival. It proved to be so popular that the F-Line was rebuilt along Market Street, and then by 187, it was extended along the Embarcadero, and has become a permanent fixture to the San Francisco streets. In April 2016, the E Line, which comes off the F Line before turning into Market Street was opened, and now terminates at the Caltrain station. There are more extensions being planned out, and I for one, cannot wait to see more heritage streetcars travelling around San Francisco. 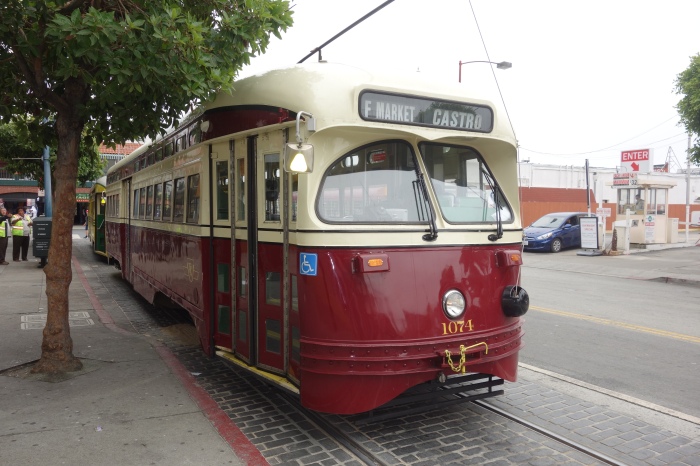