On the 18th June, I visited my first railroad in my latest visit to the United States of America – the Nevada Northern Railway Museum, located in a small former mining town, Ely. I had visited the railroad a couple of times before, but this was my first time in eight years. 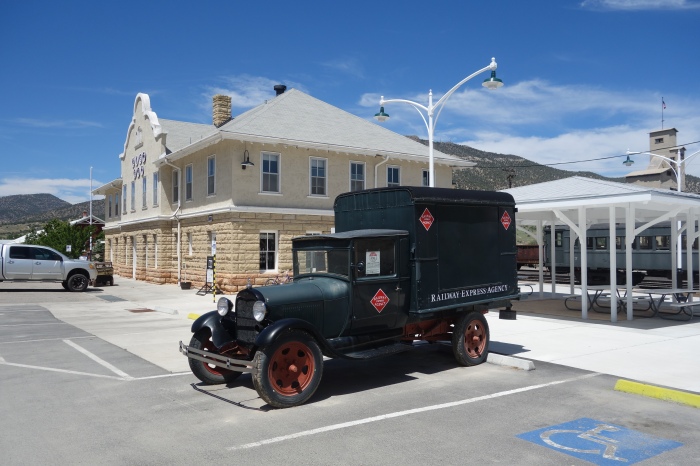 Since my last visit, there have been many changes to the museum, which has been expanded into the historic depot building. There has also been a massive change to the engine house tours, which now go into more detail around the restorations that take place, along with the railroad being a unique museum, using locomotives, rolling stock and machinery that have always been used on the line, some parts being nearly 100 years old. 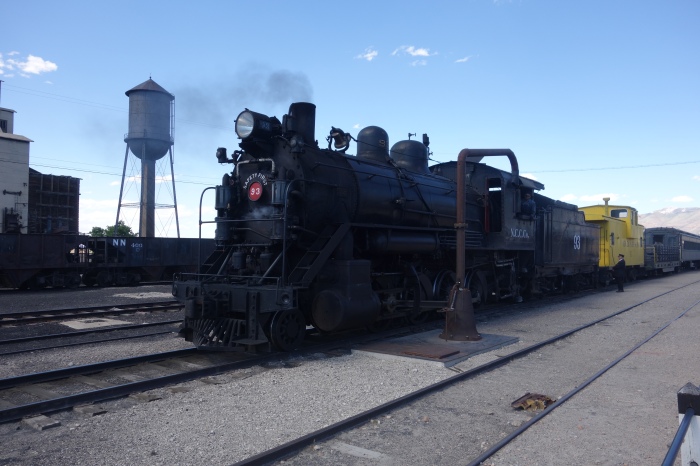 After arriving, I boarded the train, which was hauled by locomotive 93, which when I visited last time, was out of service undergoing overhaul. We left the depot and traveled along Route 50, which is the loneliest road in America. At the end of the line, the locomotive then ran around the train, and we headed back to Ely. 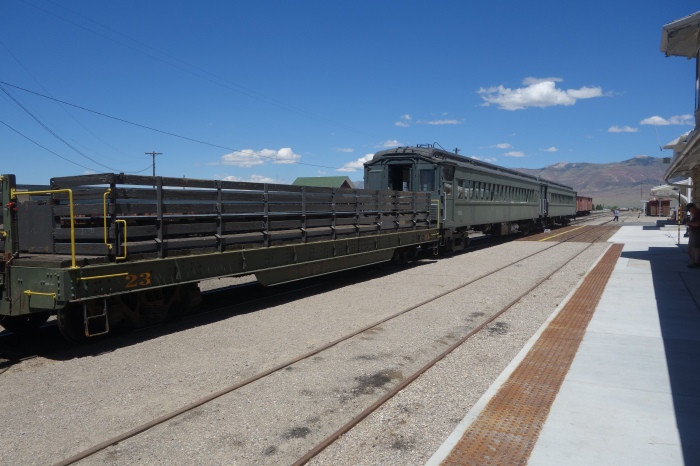 The line once transported the materials from the mines that were all over the area. The town of Ely basically grew from the trade, and the railroad was the heart of the community. The people who lived here would have worked within the mines, and this would have gone down generation, by generation. All of the shops and schools were built to meet the demands of the mining community. 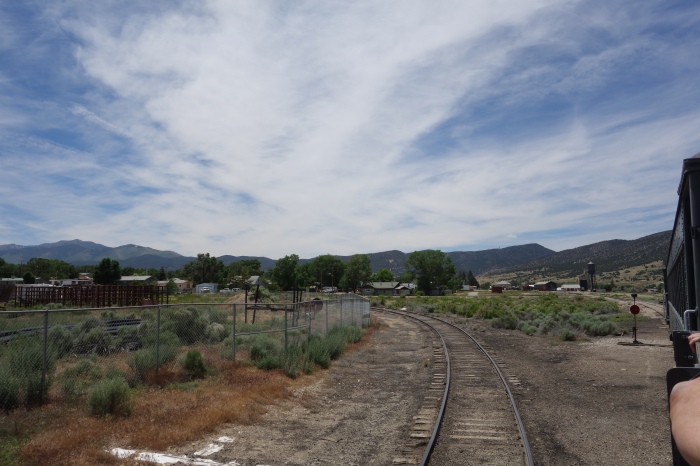 Since then the town has gotten smaller and it is now a stop along Highway Route 50, although the railroad is the only major attraction in the area. There are no other towns close by, making this a very unique place to visit. As can be seen from the train, it looks like the town has not changed much since its’ heyday. 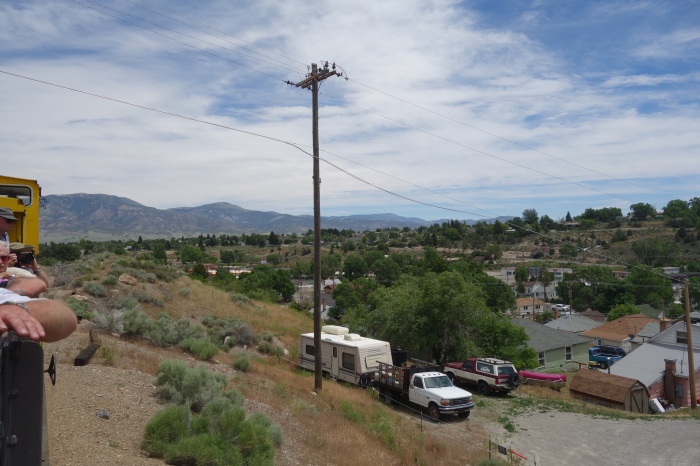 The town was still functioning during the great road-trip era of the 1950s and 1960s, as there are many old motels that are still open. Whilst a traveler of today would wonder why people would stop in Ely, it is an ideal half way point of Nevada, with it being roughly in the middle between Reno and Las Vegas, two of the major tourist cities in Nevada. 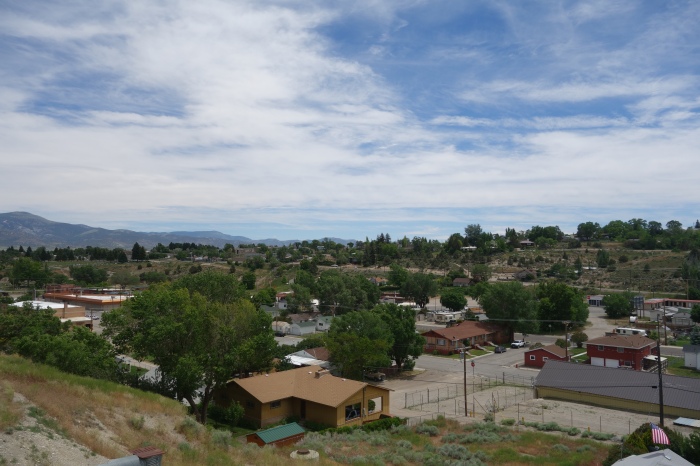 The picture below was taken when the train was arriving back into Ely after the excursion, and the famous Water Tower can be seen. It is a landmark of the town, and is a much of a part of the museum as any of the rolling stock. It can be seen when approaching the depot by road, and when traveling on the train, it can be seen when entering Ely. 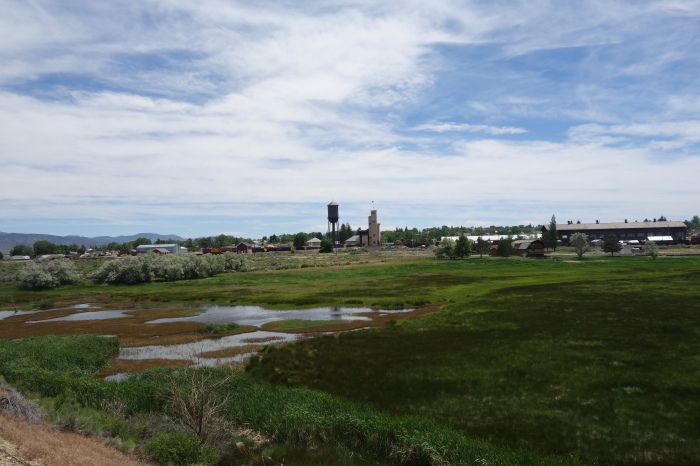 After arriving back in the depot, we were able to exit the train and take the tour around the depot. Inside the first building, there was the giant crane which was used for moving boilers and other components across the room, for restoration. The writing on the crane is their motto, Safety First, which is put across all of their buildings and locomotives. This has always been used since it was a mining railroad, but they are keen to keep this alive, as the locomotive sheds are part of an actual working yard, and they want to keep all members of staff, along with visitors, safe. 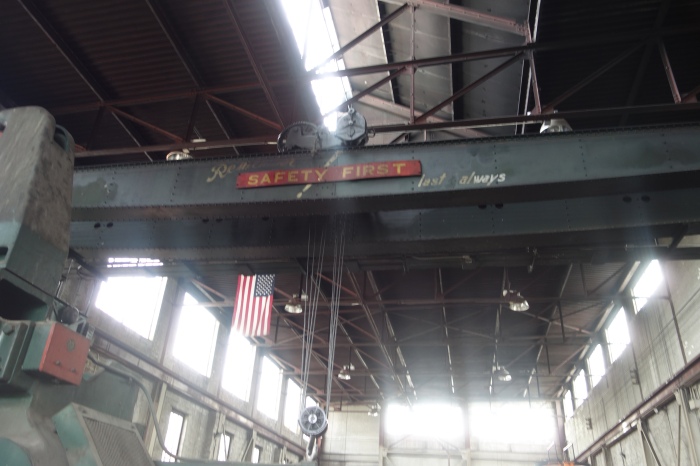 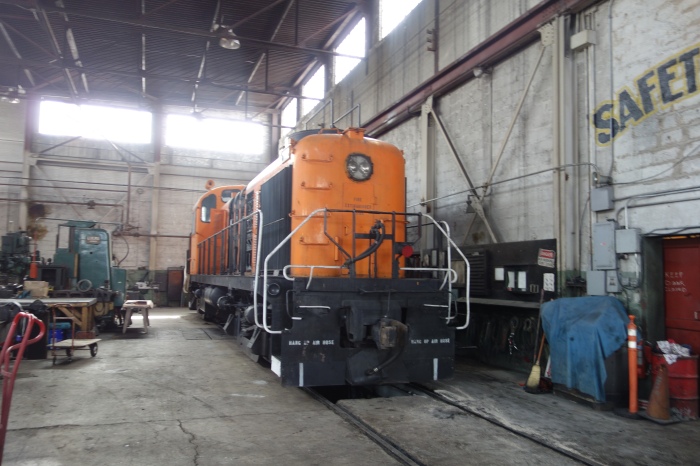 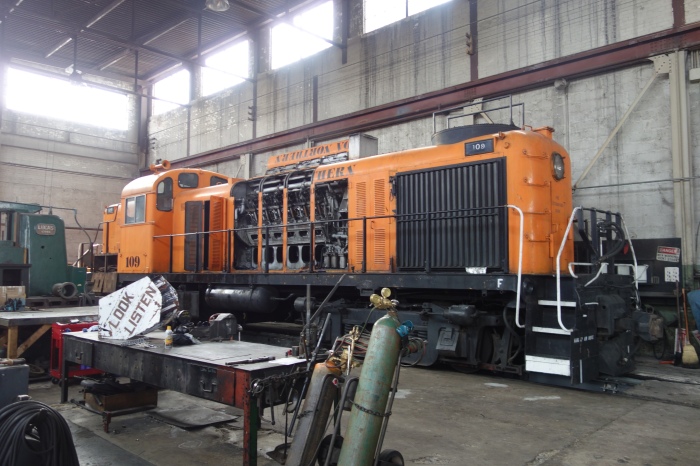 We were then directed to an old chalkboard, where there were the records of all of the steam and diesel locomotives that used to operate on the line. This was so they knew when each locomotive had an overhaul, and what major components were replaced. This helped with routine maintenance, as they can see what needed to be done each year. While they do not use these anymore, it was very interesting to see what stock used to be on the line. Another board had members of staff that used to work on the line, and the locomotive and train they were working on that day. It is artifacts like this that need to be preserved so future generations can see how many people used to work on the railways. 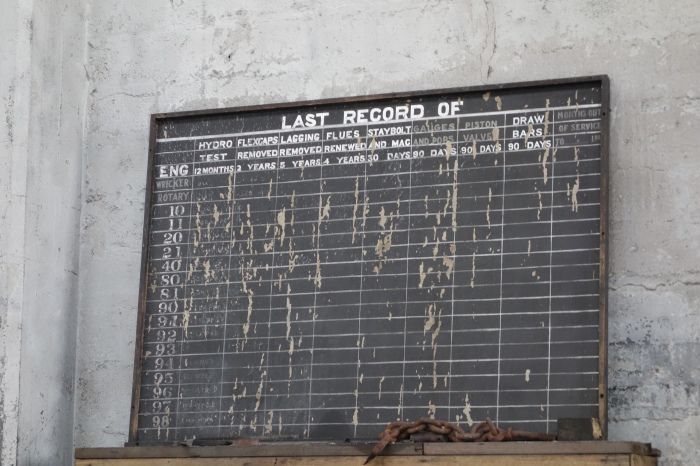 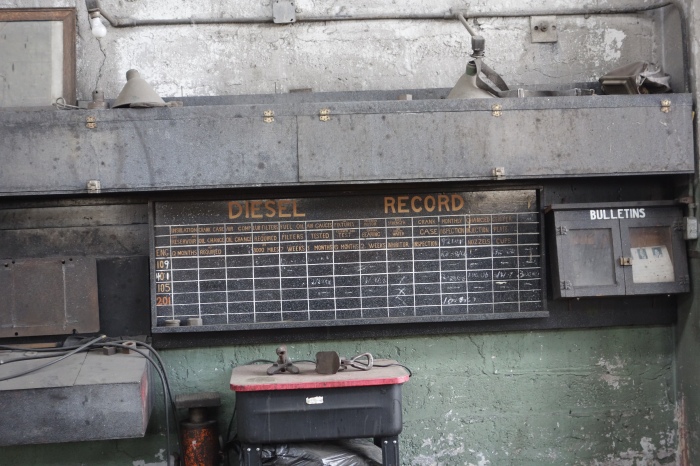 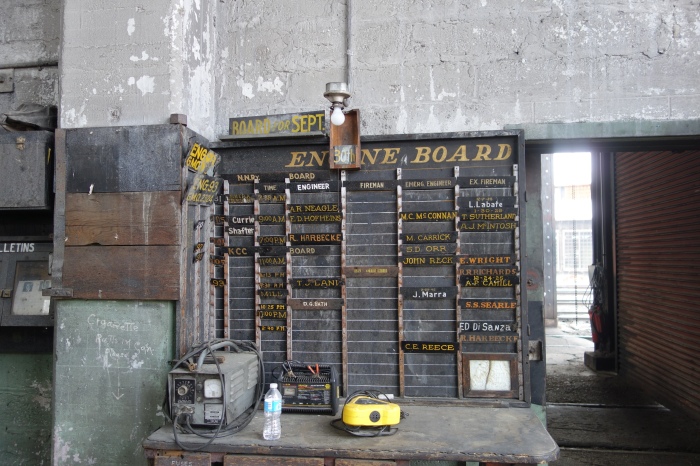 We then moved into the big shed where all of the locomotives are kept when they are not operational. There was another ALCO locomotive, along with a steam crane and steam rotary snow plow, which is used to remove the snow from the tracks. It is quite an unusual piece of equipment, as it has a tender and is used as a locomotive, not an accessory to another locomotive. This ALCO locomotive pictured below is operational, and used instead of their steam locomotive. 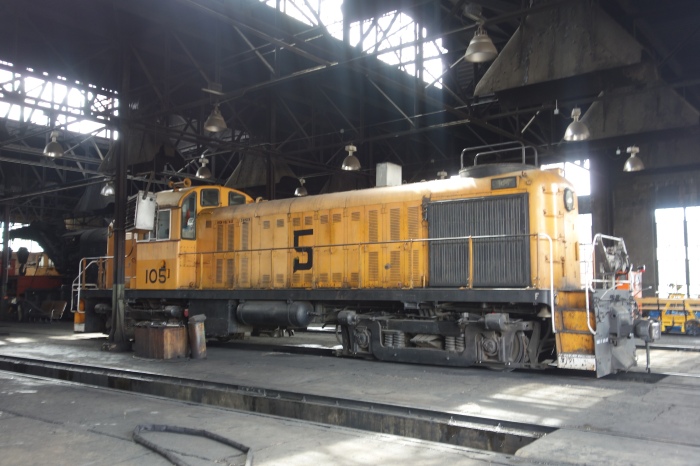 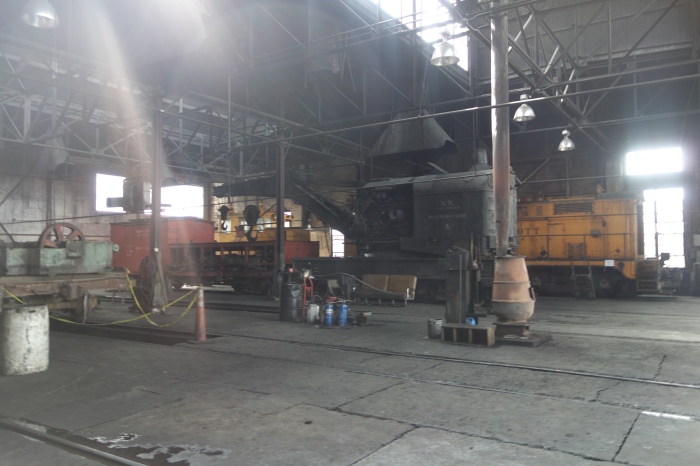 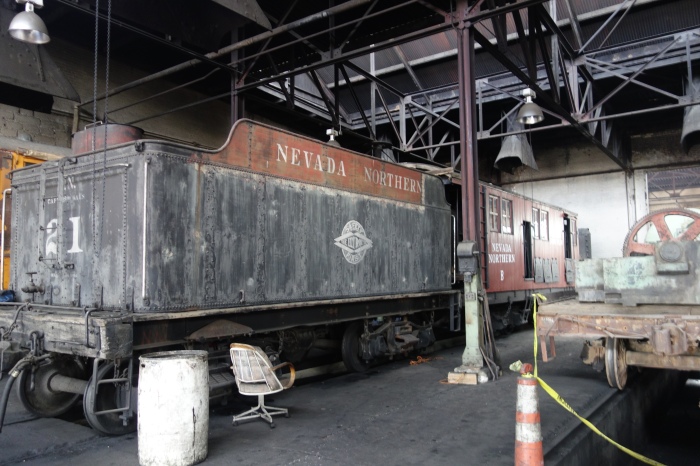 After that, we went into the blacksmiths room, where their apprentice was working for the summer. All of the machinery used within their workshops was used when the railroad was operational for the mining community, making it one of the most authentic museum experiences in the country. 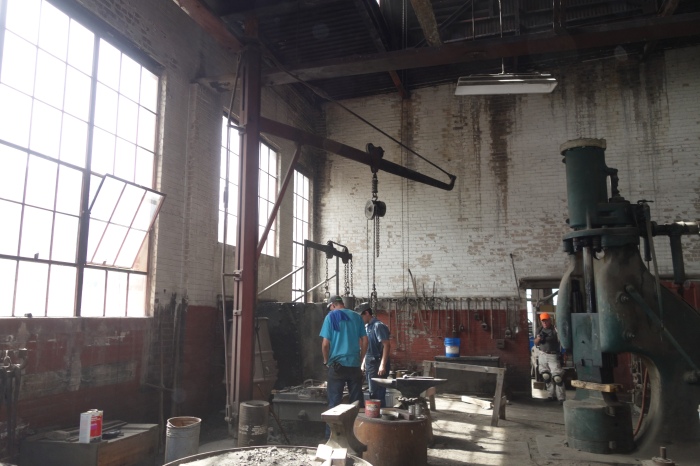 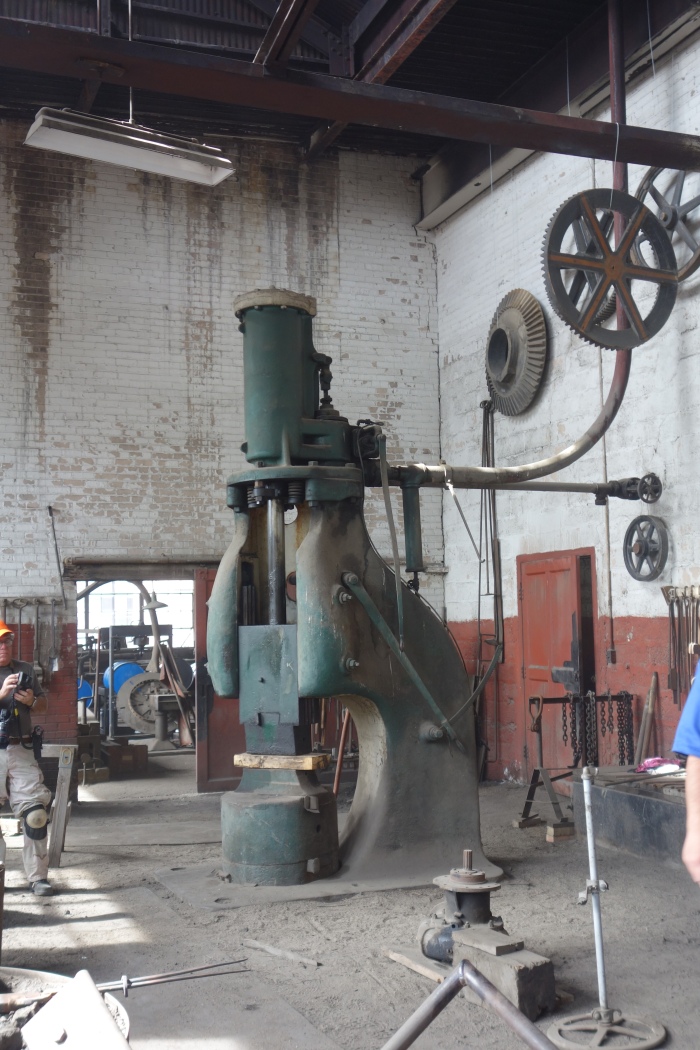 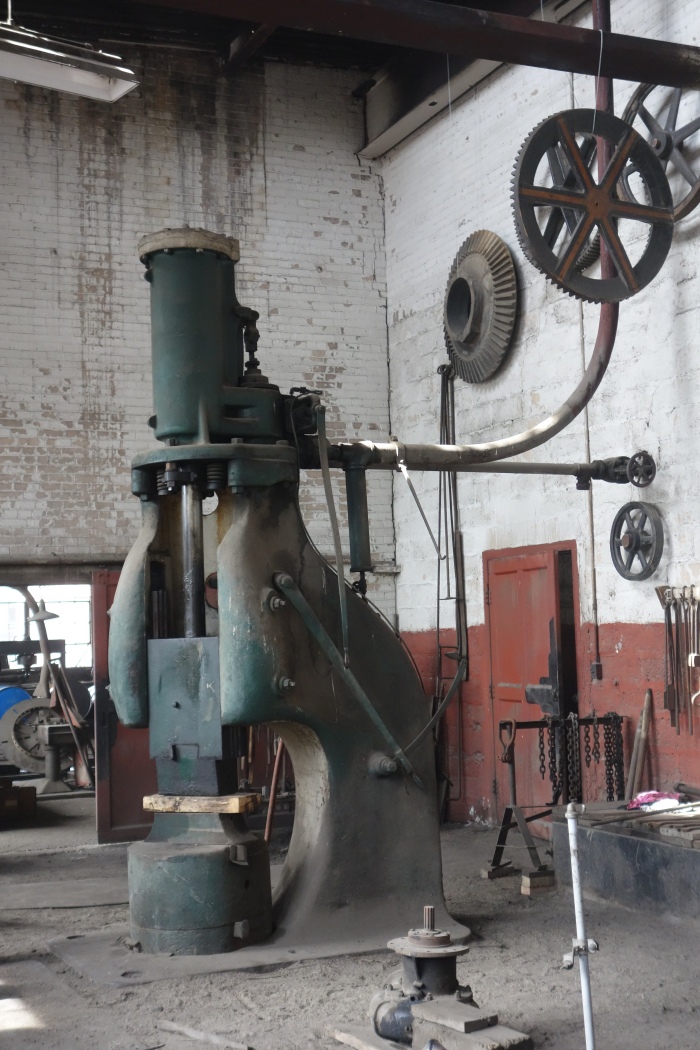 These wheels were hanging above the walkways, but are not actually made of metal, but wood, as these are the molds of the different types of wheels that are used on the line. All ranging in different shapes and sizes. 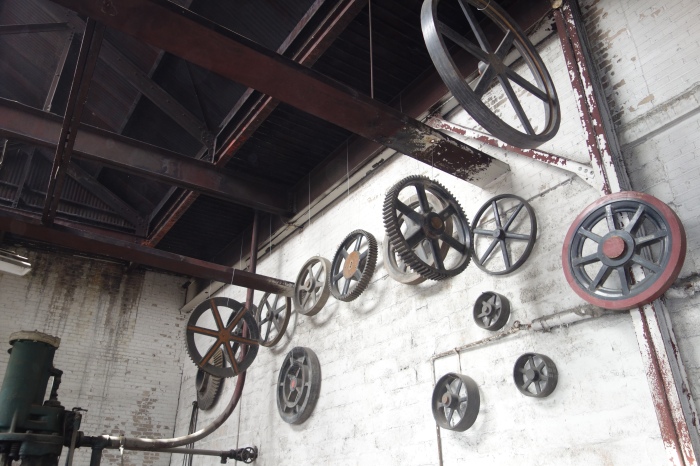 After returning from the sheds to the depot, both of their steam locomotives were displayed next to each other, which warranted a picture. It can be noted that in this picture, the railroad’s motto of Safety First is adorning the front of the locomotive’s smokebox, a key to how important this is to the railroad. 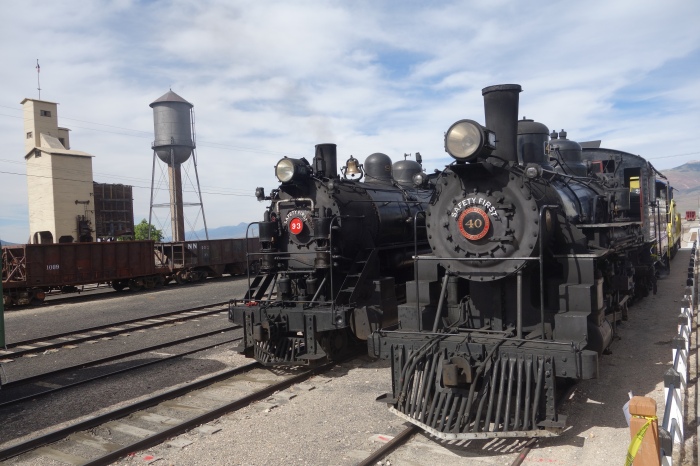 A big thank you and well done to all of the staff and volunteers on the day. Not only was everything running like clockwork, but the tour guide was very knowledgeable, and was very engaging with the history and with his audience. 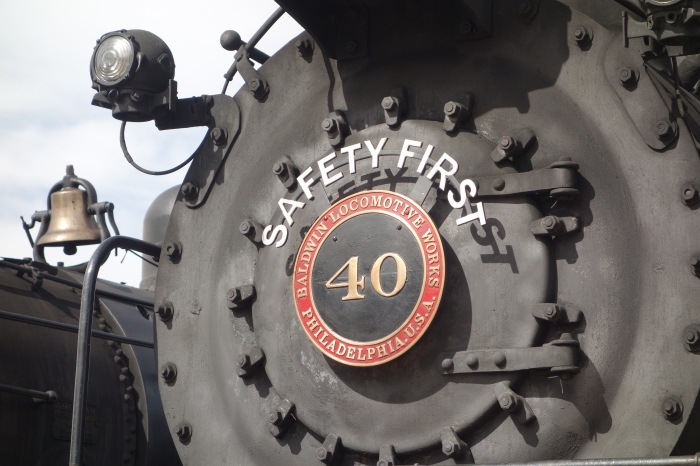 Above is my video from my visit, and below are some more pictures from my day. 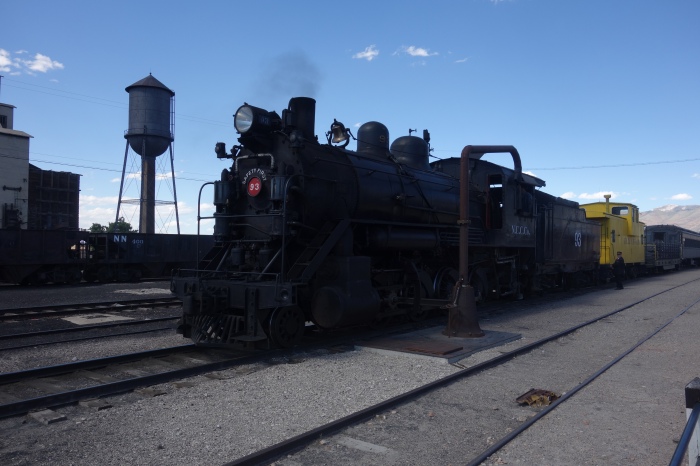 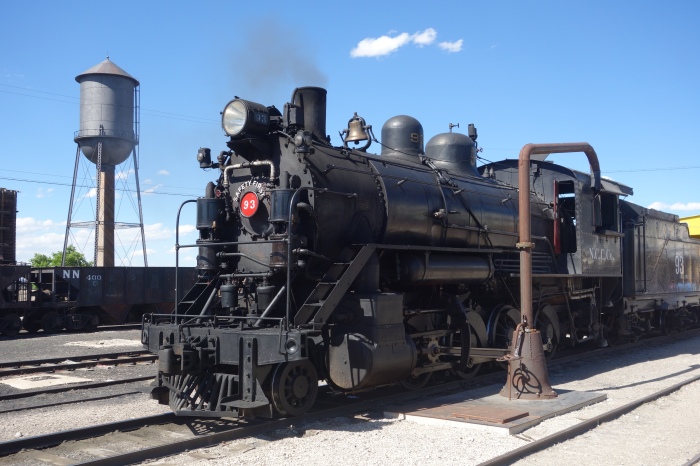 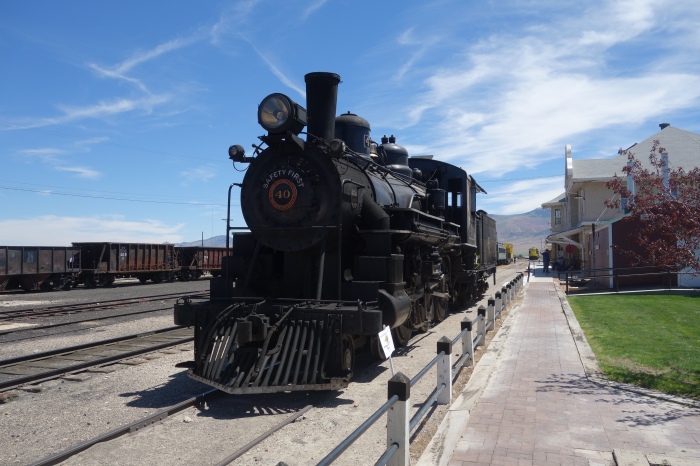 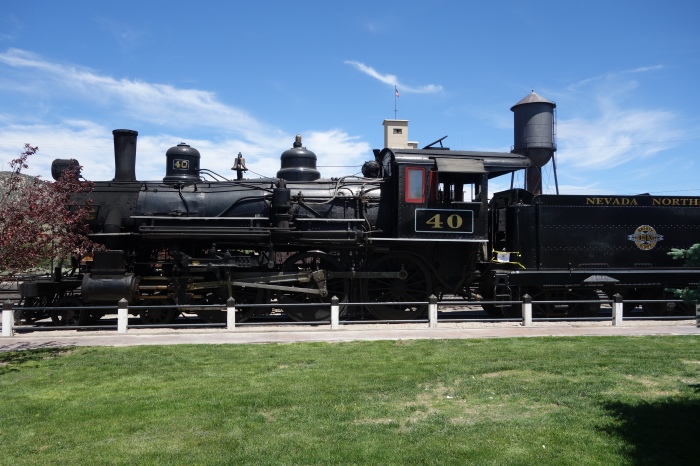 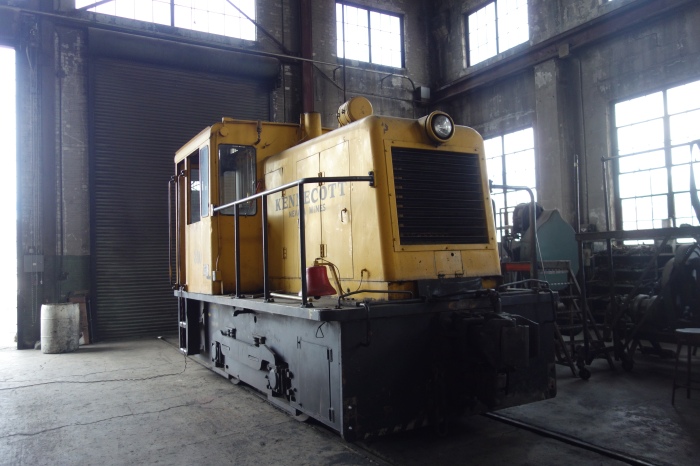 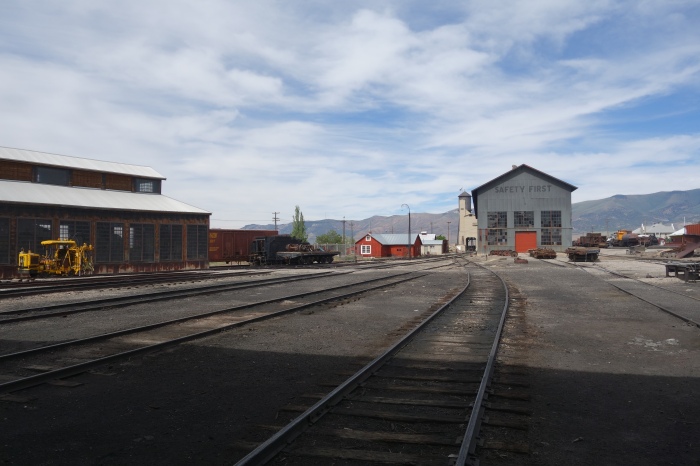 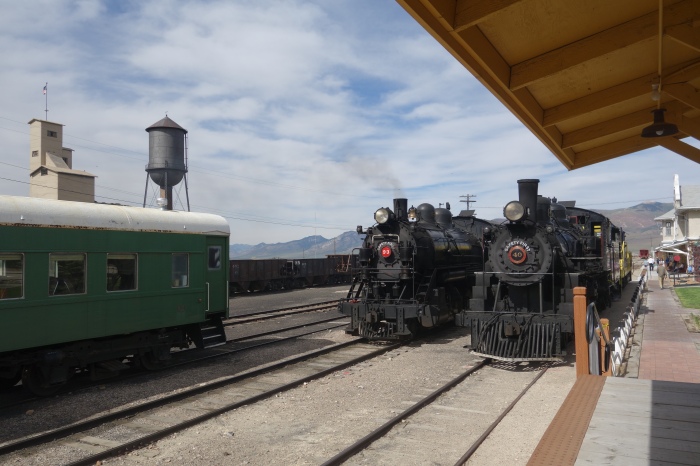 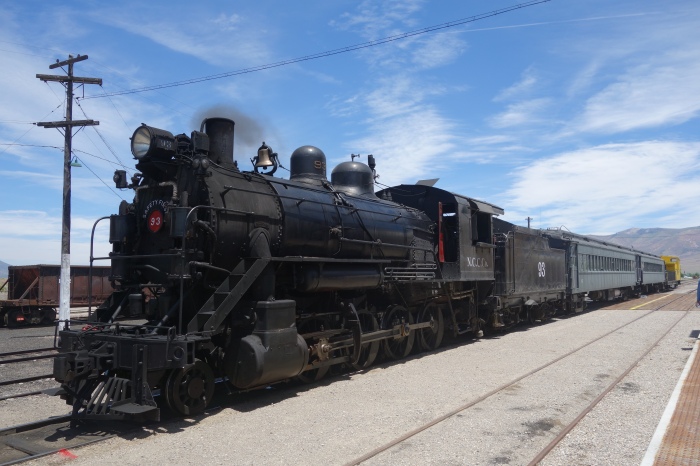