This is an excellent blog post, especially the video!

So where were we? Oh yes, I remember… I was converting a Drewry Diesel Tram while filming the results (using time lapse recording). Here are the links to days 1 and 2. 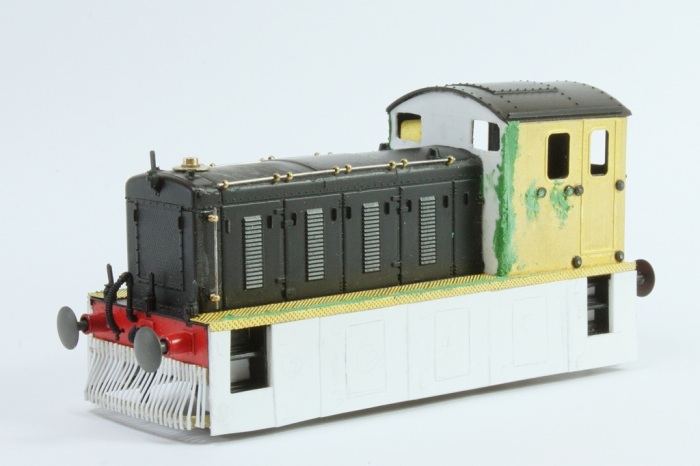 Here is the video:

Day 3 consisted of replacing the rather small buffers on the Bachmann Class 04 with the slightly larger versions used on the tram version. The donor for these buffers was a disused set of buffer beams from my Heljan Falcon (blink and you will miss it in the first few seconds of the video). I then added some brake pipes and hand rails. I firstly fitted the plastic versions that came with the Bachmann model, but decided they were horridly over sized. I decided to cut them off so I could replace them with wire versions instead.

I also fitted the small exhaust on the bonnet. The 1950s tram I am building has…