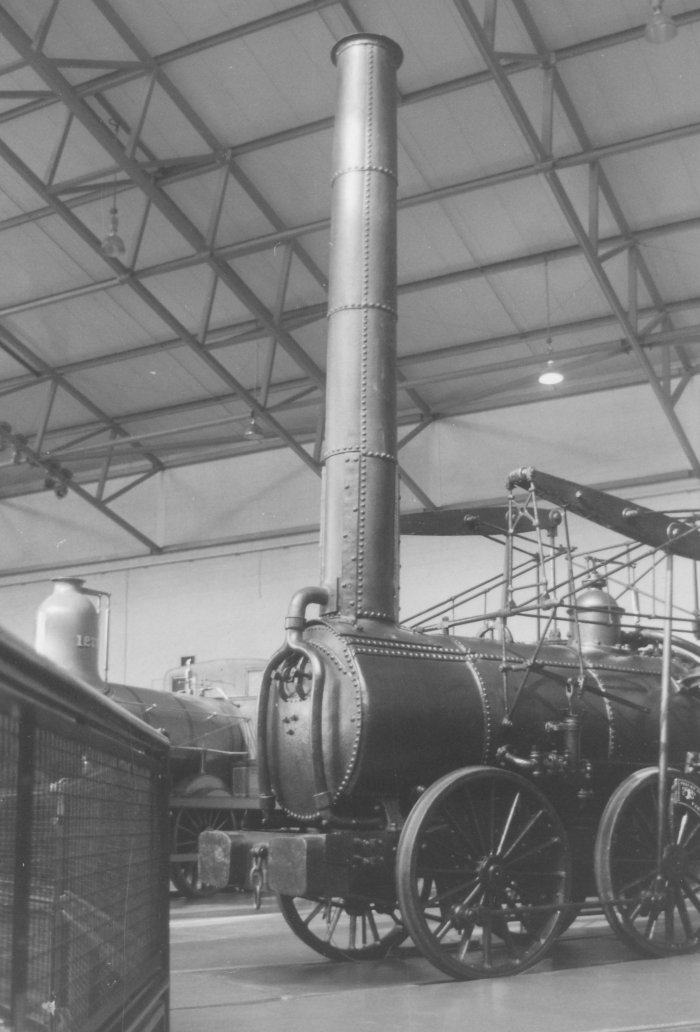 Fittingly the final images from this series of posts were taken in black and white!  My final steam memory from my younger years came from a visit to Yorkshire.  At the time I was studying for my A-levels and was looking at different Universities to go on and complete a degree.  The search took my father and I to York University that included a quick visit to the National Railway Museum NRM).  The only picture I can find that I took at the NRM is above.

We also briefly went up to the North Yorkshire Moors and past Pickering, where the pictures above and below were taken.  A Black 5 in fine form pulled a train southwards towards Pickering.

The memory of the image below, was, for many years, my last encounter of a steam train.  And I couldn’t think of a more poignant, symbolic one as that.  I remember the chuff-chuff echoing in the valley before the sound slowly quietened until all that could be heard was the breeze of the North Yorkshire Moors.  I am sure such a scene would be moving to many people, enthusiast or not and indeed it could easily have been summed up by Paul Simon’s song: 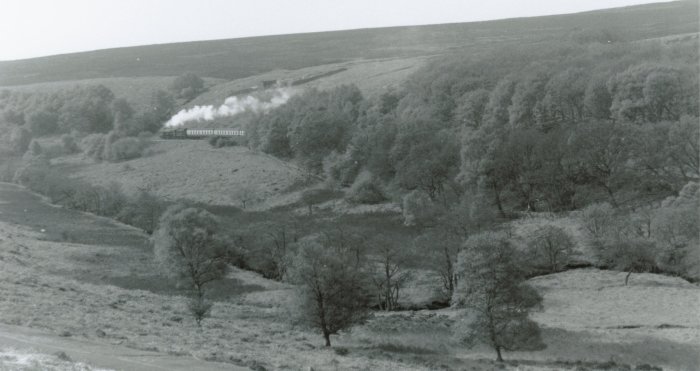 It was just after then, that I made the decision to abandon being a steam enthusiast.  From what I hear, this is not that uncommon and it is often that you will hear of people “returning to the hobby”.  It meant that this particular memory of the sight and sound of this locomotive is permanently etched on my mind; made all the more poignant by going for many years without seeing another steam train.

The decision to no longer take an interest in steam trains was partly out of necessity of going to University (incidentally, I didn’t go anywhere near York in the end!)  At University, I figured that I would not have the means or the money to travel and I was right!  However it was undoubtedly also due to not knowing that there were others out there who were interested in steam trains, at least of a similar age to me.  Don’t forget that at this time; the Internet was in its infancy with no forums, blogs or social media bringing like-minded people together.  In the late 1990’s it was a time when most mass-produced model trains were toys, designed with children in mind, not the fine-detailed models of today.  All round, it seemed to make sense to give up on steam.

I am astounded how wrong I was about steam enthusiasts!  There are several hundred of you following this very blog!  Many of you are younger than me and my message to you is to stay true to what you enjoy, it will be better in the end (and you will miss a big chunk of exciting steam action if you do!)

I sincerely hope you have enjoyed these set of posts as much as I have writing them.  I have to confess that I will not miss scanning in old photographs, but other than that, I will miss writing about these earlier years.  If you ever want to re-cap or re-read, just click on the About button above, as all posts in this series are linked on this page.

So where do we go from here… well in the word’s of Winston Churchill:

So watch this space!