What a fantastic weekend we have had, perfect weather for steam gala’s; perhaps in hindsight a bit too perfect leading to very dry conditions…

Gala season has well and truly started, with the Watercress Line, West Somerset Railway and Severn Valley Railway all holding their Spring gala’s on 23-25th March.  It might have been for this reason that the Watercress only managed to find one visitor this time – M7 tank engine 53 from the Swanage Railway.  It’s a shame the gala’s couldn’t have been spread out a little, but such is life!  Despite there only being on visitor, the Watercress Line was still well worth the visit.

I visited the line on the saturday of the gala.  I took the opportunity to get to the Watercress Line early and picked Bowers Grove Lane to get pictures of M7 53 with the first train of the day and then 9F 92212 doubleheading with original “spam can” westcountry class 34007 Wadebridge.  The light was perfect, the direction headed was uphill and I got some nice shots and clips (see below). 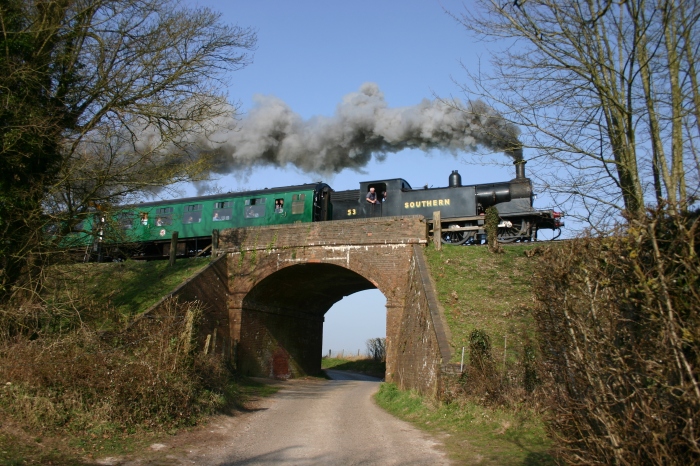 Following this I tried various locations in between Ropley and Medstead & Four Marks stations to get some different pictures.  A highlight of this was seeing U class 31806 with a demonstration goods train, a lowlight being getting cut on a hedge whilst trying to get a good shot.  I hope it was worth it (see below!) 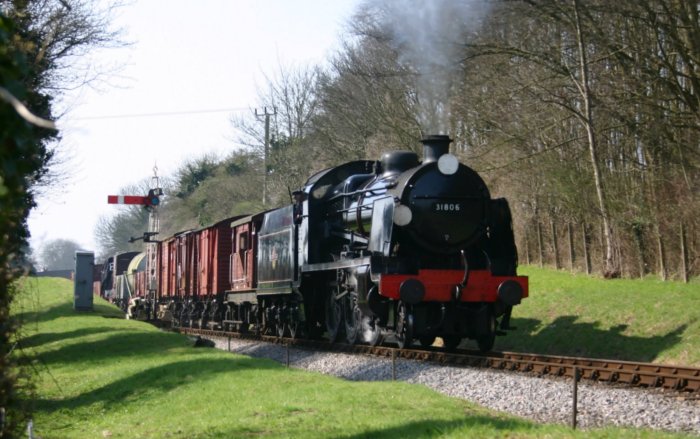 The next location stop was Medstead & Four Marks.  From here I walked along the footpath beside the line towards Alton to get shots of Black 5 43379 on the return leg with the goods train.  Here I waited and waited, with a few fellow enthusiasts.  News came through that a lineside fire had started – apparently a significant one, as a Fire Engine and crew appeared, asking where it might be!  However, there was no smoke to be seen by us or them, but judging from the number of fire marshalls running down the track, it appears there was definitely a fire!  No smoke, but a fire it seems…

The Medstead-Alton section was closed off for some time and trains ran with a loco at each end and terminated at Medstead, as this clip shows – Video – Lord Nelson.   I had given up waiting for the black 5 and instead returned to Medstead where I got a good look at the magnificient 850 Lord Nelson.

Whilst travelling back towards Alresford I stopped at the massive embankment at Grosvenor Road – video – 45379, then continued to the B3047 outside of Alresford:

At Alresford I got a good look at the (video) – M7 tank and black 5 45379.  Beautiful machines!  To see more pictures of my visit, click here

Despite the fire incident I had fantastic day.  From reading this you may have gathered that I didn’t travel on the trains this time and therefore I spent money to help with the cost of these fine machines.  I therefore bought track, the new Bachmann brochure and a limited edition wagon.  All proceeds for the sale of the wagon go to the wagon group, a fine excuse to purchase it if ever I had one! 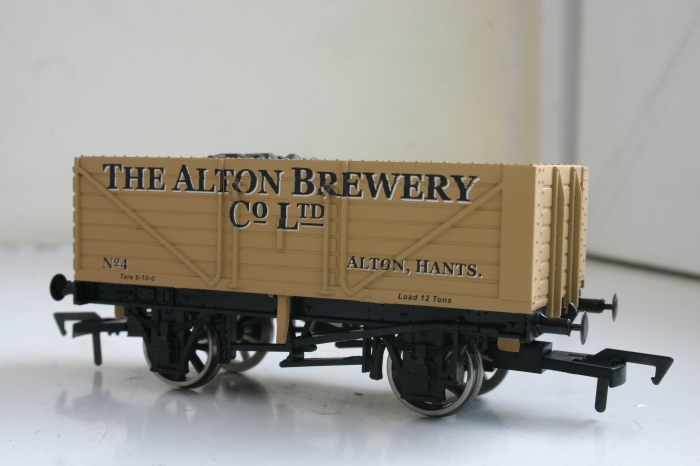 One thought on “There was no smoke, but there was a fire…”