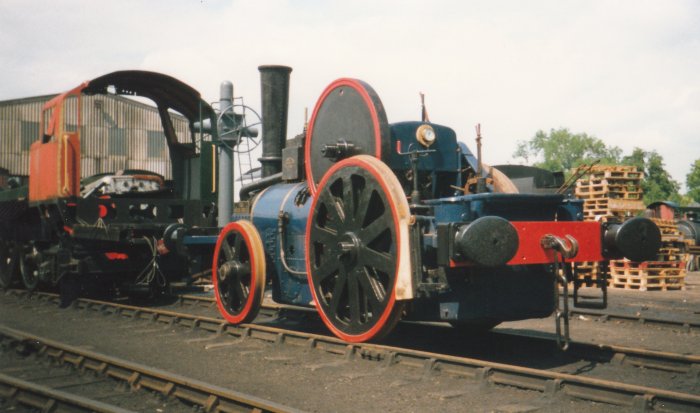 Following from my previous thread on my early steam locomotive experiences, here are a few more pictures of the Bluebell Railway from the 1990’s archive.

Starting with the picture above of the Aveling Porter 2-2-0 geared well tank – a curiosity indeed!  Now based at the Chinnor and Princes Risborough Railway, it was based for some time on the Bluebell Railway.  The picture was taken sometime in the early 1990’s.

Another former resident was the National Collection’s Q1 class (see below) – a powerful and impressive machine, it was good to see in action.  It is pictured in 1993 at Sheffield Park.  For more information from a previous post, please click here. 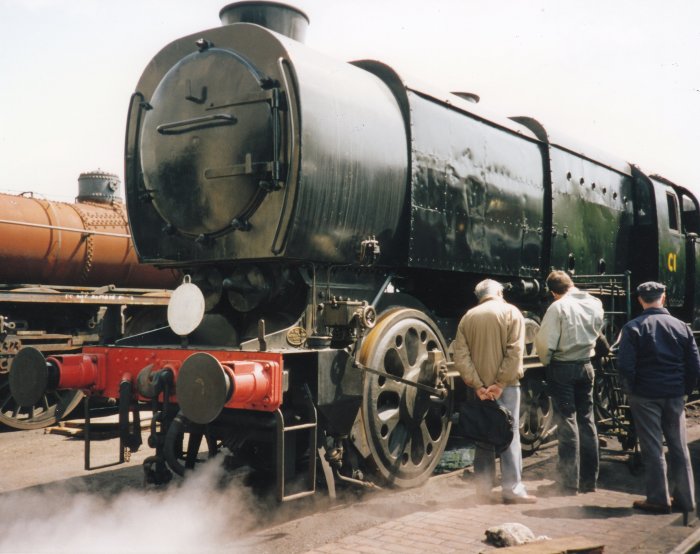 The next shot, taken in 1994 is of a visitor to the Bluebell – M7 class 30053 in British Railways lined black.  This locomotive is based on the Swanage Railway and recently visited the Watercress Line in their Spring Gala, now in Southern black with sunshine lettering. 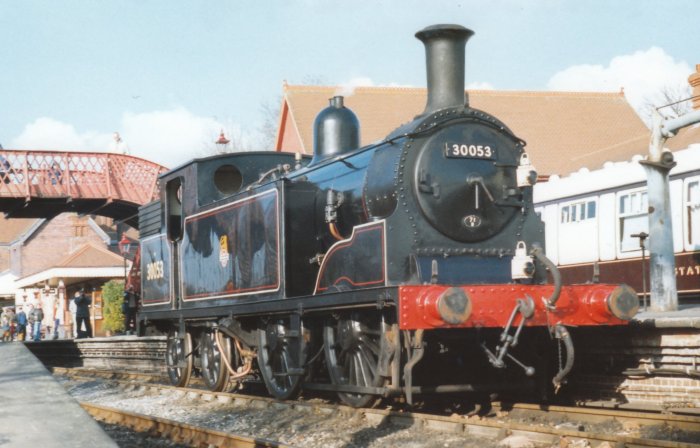 The picture below is of another LSWR locomotive; B4 class dock tank 96 Normandy taken at Sheffield Park in 1995. 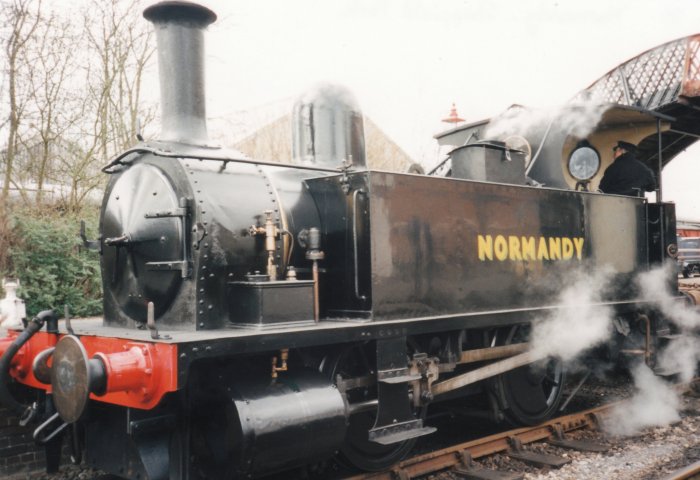 One of the line’s three SECR P class locomotives is 323 Bluebell, painted in the Bluebell line’s own colours in the style of SECR.  It is pictured below in 1995. 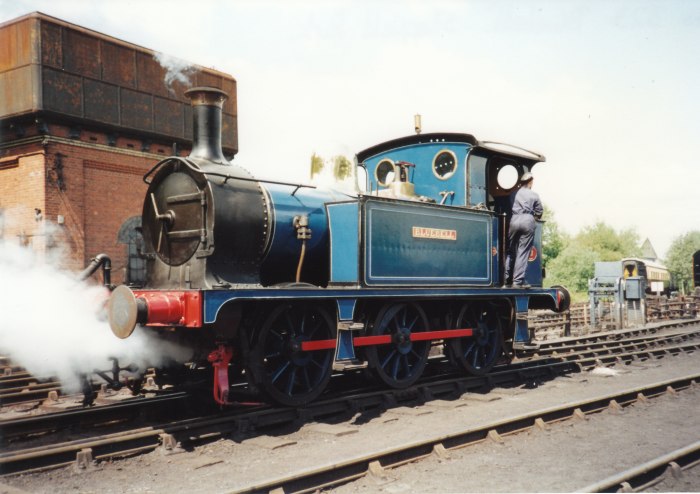 The last picture from 1995 is a double-header, with resident standard 9F class 92240 double-heading with visiting Ivatt 2MT class 46443.  46443 is usually based on the Severn Valley Railway. 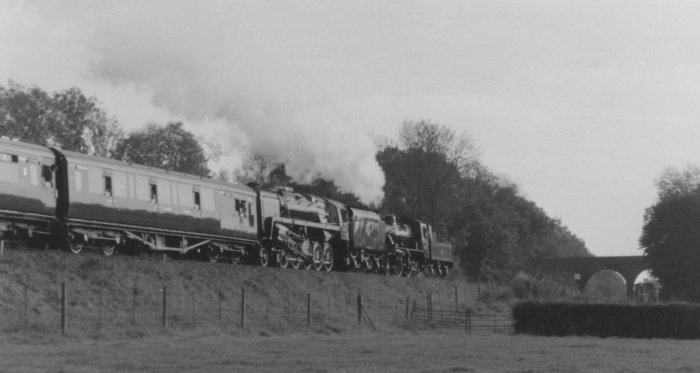 Another visitor, this time a Scottish locomotive, LNER K4 class 3442 The Great Marquess.  It is owned by John Cameron and based at Thornton Junction, Scotland. 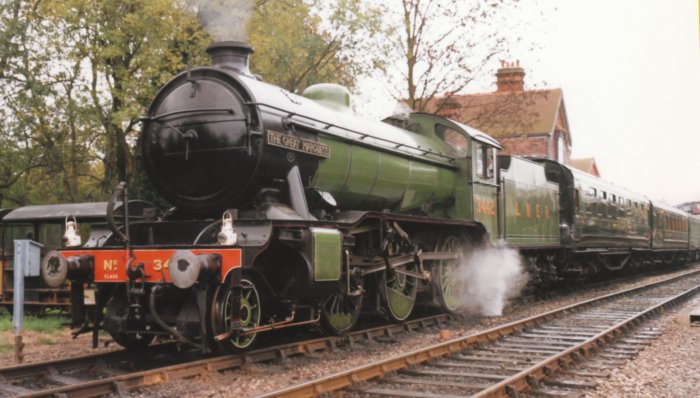 The final two pictures were taken in 1997 at Horsted Keynes, the first of BR standard class 73082 Camelot and the second of S15 class 847.  Both of these locomotives are currently being overhauled. 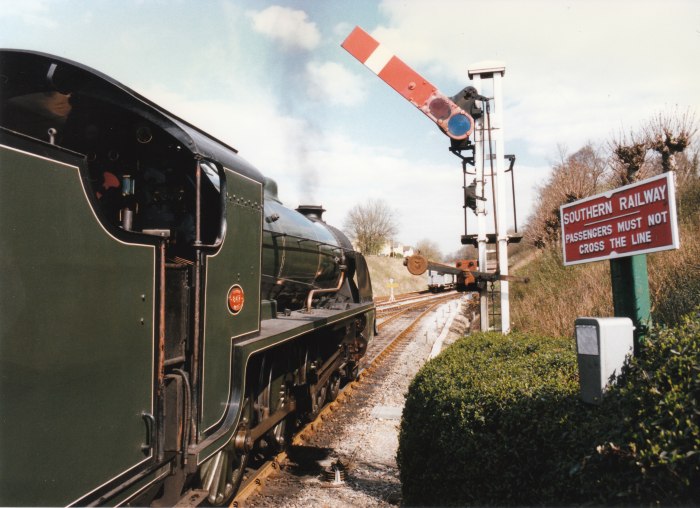