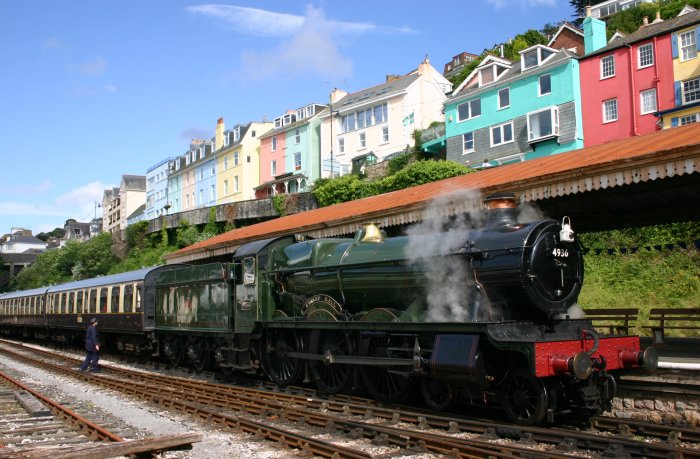 What a fantastic place South Devon is for the railway enthusiast!  During a four night stay I was fortunate to see much of great interest.  I hope there are a few Great Western Railway fans out there who have enjoyed the Western themed posts.

In what will probably be the final Devonian post for the time being, here are a few pictures taken in Kingswear of 4936 Kinlet Hall.  For those who are not familiar with the area; Kingswear is the terminus of the Paignton and Dartmouth Railway.  Yes, that’s correct; the Paignton and Dartmouth Railway doesn’t actually go to Dartmouth!  Kingswear is a colourful village located on the east side of the river Dart, a short distance from Dartmouth on the opposite side of the Dart.  Dartmouth can be reached from Kingswear easily by several ferry’s that operate at various points; one ferry crossing being literally next to Kingswear station, so the line’s name can (just about) be justified.

Although a visitor to the railway, Kinlet Hall fitted in perfectly into this GWR terminus and really looked the part.  It was nice to get a good look at a locomotive class that I only see occasionally, especially one as well turned out as Kinlet Hall.

Tomorrow’s post will look at a very influential and popular character in the world of steam, a character we all know and love; that blue tank engine.  Most importantly however, we will be looking at the official version, the real thing!  In the meantime, I hope you enjoy the rest of these pictures of a Hall in Kingswear 🙂 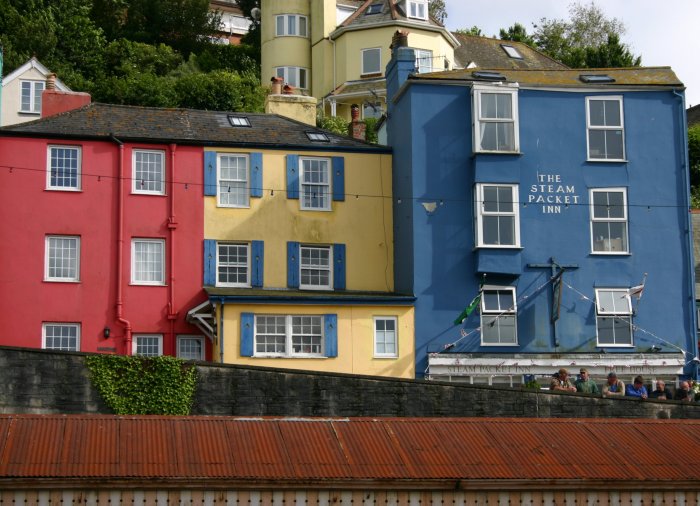 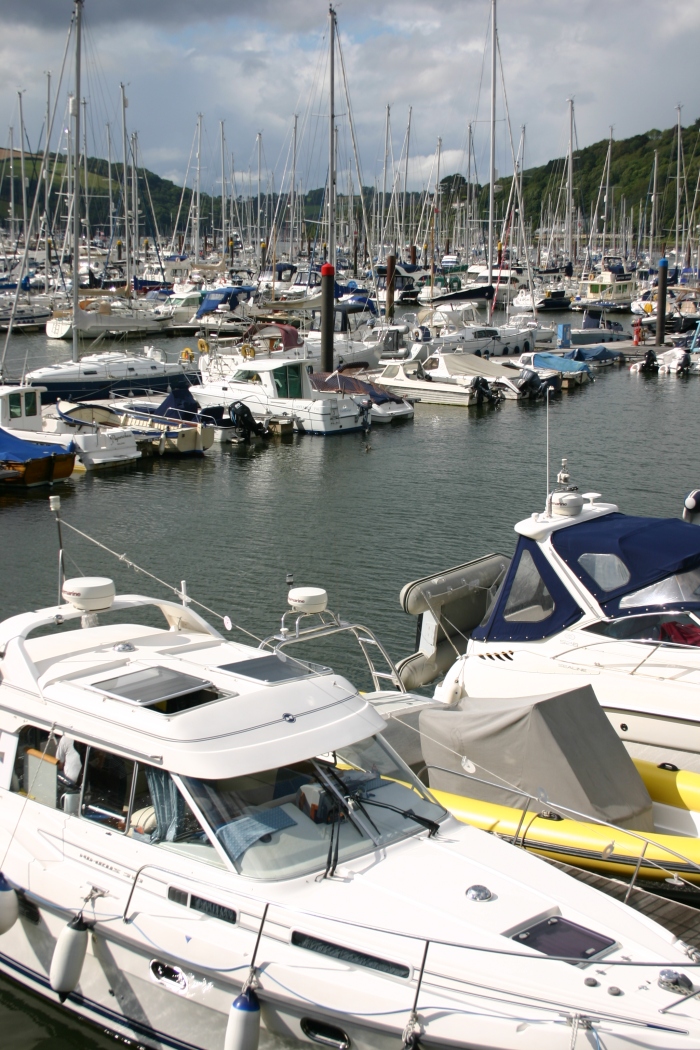