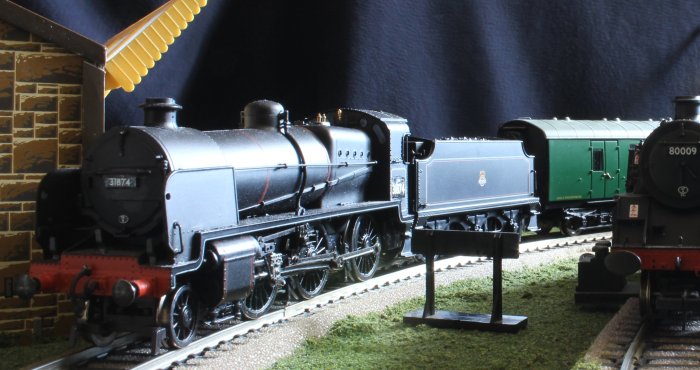 Welcome to Locoyard’s Model of the Week Blog Post!  The N class was a successful and useful mixed-traffic type and an important member of the Locoyard fleet, if not the most glamorous. 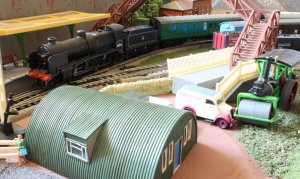 Built to a 1914 design by Richard Maunsell, Chief Mechanical Engineer (CME) of the South Eastern and Chatham Railway (SECR); the first N class was completed in 1917.  Production of the class continued when the SECR was absorbed into the Southern Railway in 1923.
The design was heavily influenced by the GWR 43xx class; due to the SECR employing Harold Holcroft (who previously was a GWR engineer).  This influence was mixed with elements of Midland Railway practice (this coming from Draughtsman James Clayton). 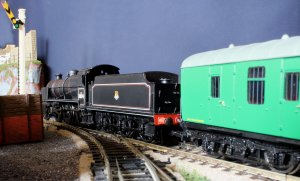 31874 was not an SECR locomotive and was completed by the Southern Railway in 1925 and is notable as being part of the “Woolwich Arsenal” kit batch.  The N class was an example of an early attempt at standardisation of steam locomotives; in preparation for a possible early nationalisation of UK railways.  This early proposal never came into fruition, but did result in N class kits being built by Woolwich Arsenal, that would later be completed at Ashford.  These locomotives were nicknamed “Woolworths”!

Originally numbered 1874, at first this locomotive would have run without smoke deflectors – these were added by the Southern Railway from 1933.  31874 has a flat-sided tender; one of many detail differences within the class. 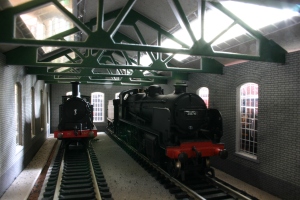 In 1948, 1874 became British Railways number 31874 and was based at the Exmouth Junction (shed code 72A).  In September 1964; 31874 was withdrawn but unlike the rest of it’s class, it was not scrapped.  It was taken to Woodham Brothers scrapyard in Barry, South Wales, where it stayed for ten years.  It was then purchased by John Bunch and moved to the Watercress Line and worked the first service on this preserved line in 1977.

The locomotive was a stalwart of the Watercress line in it’s early days and during it’s time there has carried the names Anzac Line and Brian Fisk.  A legal dispute between the railway and the owner (that will not be discussed here) means that the locomotive’s future on the line beyond 2014 (when the current agreement to keep it there expires) is in doubt.  This uncertainty has lead to 31874 dropping off the overhaul priority list at Ropley.  There is no doubt however that 31874 is historically a very important machine.  It is the only surviving member of a very successful class of 80 locomotives that was very advanced for its time.  They would be an early template for many types built after them in the future.  Maunsell tried to make it easy to maintain by having a high running plate, simple expansion two cylinder design with outside motion with everything  “get-at-able”.  It is also one of the earliest attempts at standardisation in steam locomotive design.  So I hope that we see this important locomotive in steam in the future.  In the meantime, it is running in model form here at http://www.locoyard.com!

This Bachmann model has been reviewed (click here to read it).  I hope you enjoyed reading about this locomotive!  Links to other model of the week articles can be found in the Loco Model Page (click here to see more).