A debate in the railway scene is whether is a steam locomotive is classed as a ‘she’. Steam locomotives are thought to be alive, and drivers would know that to generate the power and the speed. Drivers are always thought to have a connection with their steam loco, due to driving them every day, and this carries over to the preservation era. Joe Duddington was the driver of Mallard on her world famous speed run, and spoke of ‘her’ as a she, a living creature, who spoke to the BBC in 1944.

“It was one Sunday in July 1938. That was the day the grand streamlined engine Mallard, that I’d driven ever since it came new from the shops in March that year and looked upon almost as my own property, made, with me driving her and Tommy Bray as my fireman, the world’s record for high speed steam running. The record hasn’t been equalled to this day. We made it between Grantham and Peterborough on the LNER main line. I’d taken expresses along as well – 60, 70 or 80 mph but this day we were going to see just what we could do. When we drew away from Grantham, we had besides the train a dynamometer car containing a speed record and other instruments. I accelerated up the bank to Stroke Summit and passed Stoke box at 85. Once over the top I have Mallard her head and she jumped to it like a live thing. After three miles the speedometer in my cab showed 107 mph, then 108, 109, 110 –  getting near Silver Jubilee’s record of 113 I thought – I wonder if I can get past that – well, we’ll try, and before I knew it the needle was at 116mph and we’d got the record. They told me afterwards there was a deal of excitement in the dynamometer car and when the recorder showed 122 mph for a mile and a half it was at fever heat!”

“Go on old girl, I thought, we can do  better than this. So I nursed her and shot through Little Brythan at 123 and in the next one and a quarter miles in the needle crept further – 123 – 124 – 125 and then for a quater of a mile, while they tell me the folks in the car held their breaths, 126 miles per hour. That was the fastest a steam locomotive had ever been driven in the world – good enough for me, though I believe if I’s tried her a bit more we could have got even 130.”

My opinion of the matter is that the steam locomotives are a ‘she’, and this is because of how much they have formed the backbone of the industrial revolution and soon became the transport of choice for everyone in the UK, from royalty, to politicians, to the middle and lower classes. The strong lines of the design of the locomotive, enhanced by the range and variety of liveries that adorned them. They were celebrities and household names, like “Mallard”, “Flying Scotsman”, and “City of Truro”. They inspired children to become steam locomotive drivers, and from then on, crews were known for having some form of relationship with them, knowing their temperament, and how to coxes them up a steep incline or pulling out of the station with a long train. This varies from the large express tender locomotives to the industrial tank engines, which played a similar role just not as high profiled. They have all had to endure the great wars, the threat of the scrap man, and the long waiting line for restoration. Over time, we can now relate to them more as if they were alive. They are, with the steam emitting from the funnel, and around the boiler, to the screeching of the whistle, and the bark as the loco leaves the station. They have a personality, which with modern diesels and electric locomotives, is non existent.

But, let’s see what other enthusiasts have to say on the matter.

Marcello ‘Jintyman’ Gabrielli, who has a fascination with the LMS 3F ‘Jintys’, and is the founder and project manager of the 47357 Appeal,  said;

“A locomotive is the nearest thing to a living being, all machines are she’s. A locomotive is alive breathing and awake with power. Calling a Locomotive “IT” is an insult to history” 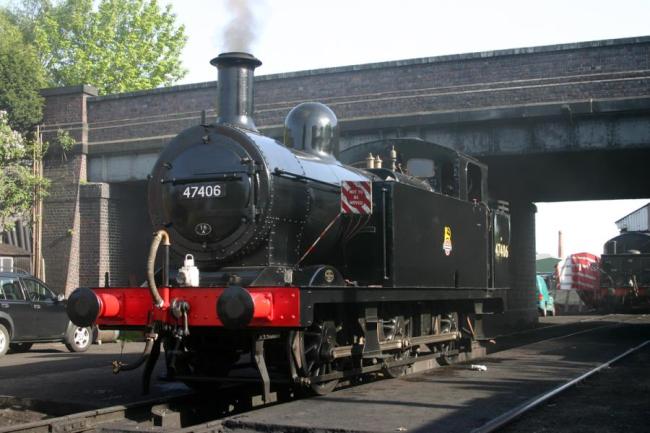 Oliver Morgan, who volunteers at the Keighley and Worth Valley Railway, and is the Chairman of the Asperger’s Fundraiser, had this to say; 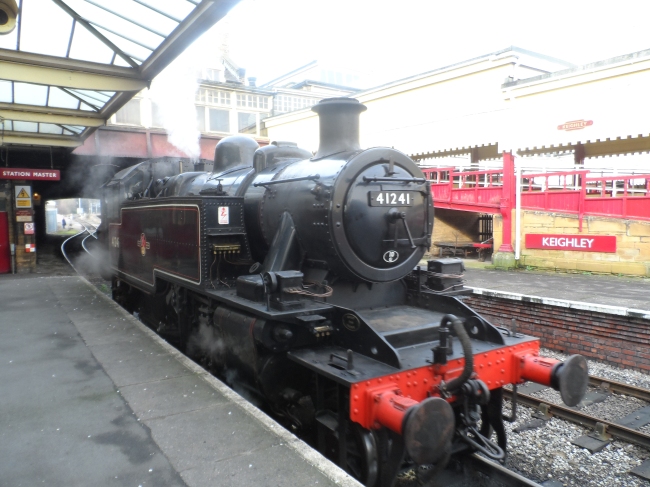 “Steam locomotives represent so much of British life. When conceived, they were ugly and misfits much like society in the early 19th century. By the turn of the 20th century, locomotives had graceful lines soft barks or ‘voices’, and wore a wide variety of liveries. All these things became metaphors for women and steam. The progression represented the growing role of women in society so naturally, the metaphor has stuck”

Andy Ashton, who is restoring Blackpool Brush Car 634, for display at NELSAM in Sunderland said;

“Yeh, it is a simple answer… all modes of transport are considered a ‘she’ because they carry, so not just steam locos but any train, ship, car, lorry, plane”. 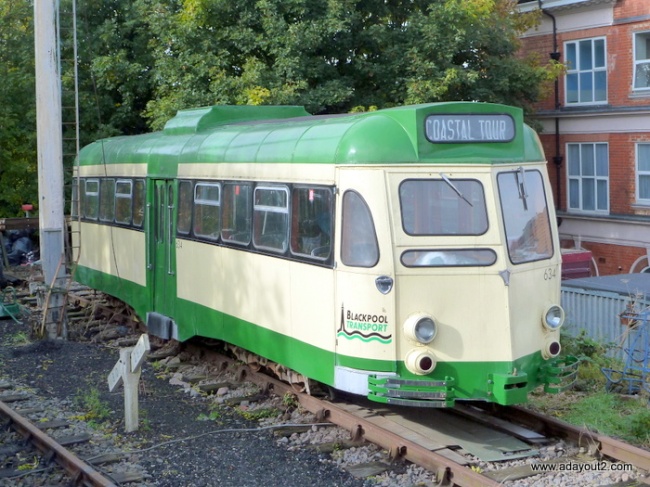 However, it is not always seen in this light;

Bradley Jones, known for his up to date photos of the world famous Blackpool Tramway, had this to say; 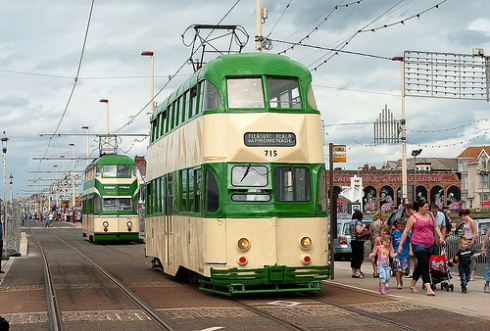 Chris Callen, who is also a tramway enthusiasts, had this to say;

“‘it’, I am not riding a she. On a serious note the only ‘She’ is when referring to (Blackpool Balloon 706) Princess Alice or similar. Other than that I tend to stick to ‘it'”

I suppose in the end it is a personal preference. If you work with a steam locomotive all your life, you form a bond with them, you know their temperament, how they drive and the little things that make ‘her’ special. Classing a steam locomotive as a she is an old fashioned term. Then, most, if not all of steam locomotive drivers were actually, male, which meant that the on today’s political correctness, I suppose they should be gender neural.

6 thoughts on “Are Steam Locomotives Females?”