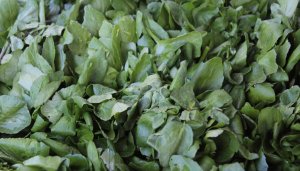 The Watercress Festival in Alresford is one of those events that my wife and I try to put into the heritage railway diary.  This is despite the fact that it’s not really a railway event as such, but an important one that the railway supports in a big way.  The event is all about food and specifically the Watercress grown in the area that gives the Watercress Line its name.  Watercress is the original “superfood” and can be used in so many different ways in cooking.  The local butchers demonstrated this with their “Jumbo” watercress and pork sausage hotdog that was delicious!

The festival is a lot of fun with plenty of local produce, entertainers, arts, crafts and jewellery in various stalls throughout the town

As usual, the streets of Alresford were temporarily closed for the day and stalls, a band stand and the odd Morris Dancer took the stage.  Binky Bear, a favourite of my wife and I (click here to find out why), was there and as unlike in his stories he stayed put to meet his fans!

The event was excellent and so very popular.  In fact, I suspect that for some it was too busy, but it was good to see the local economy doing so well, including heritage railway.

I’m sure I’m not alone in liking the sight of heritage traction being put into useful service.  Even though it does not always equal a good photograph or the most pleasant experience!  Although there is a lot to be said (especially by rail enthusiasts) for the adage from TS Elliott that “The journey not the arrival matters”, there’s no getting away from the fact that the point of transport is to get someone or something from one place to another.  Heritage railway’s are more often than not an attraction in their own right.  People make a trip to what are often remote locations, to ride behind something special.  It is something that I do regularly!  Some heritage railways do run what feels like a “complete” journey and the Watercress Line pretty much achieves this by joining up Alton with Alresford.  But that said it’s very much a slow ajourney that takes a fraction of the time to drive.

However, during a special event such as the Watercress Festival, the railway runs a “park and ride” service from Ropley to Alresford.  Suddenly the railway is no longer a relaxed leisurely ride, but an intensive working railway, with every seat full. And it is largely full of people wanting to get from one place to another.  However unrealistic a steam railway “park and ride” is from a historical point of view, for me it captured something you rarely feel – the atmosphere of when heritage traction was doing what it was designed to do.  And given the age of these machines and that we live in an electronic world connected by satellites, it makes me smile and think, “they still can do it”.  Having lived in different parts of the country before and being a train commuter for many of those years, you get the sense of both how much has changed but also how much has stayed the same.  It also highlights how railways revolutionised the world.  It’s hard to imagine a world where scenes like those that every rail commuter experiences do not happen – but that was the pre-industralised world.  And the motive power may have changed, but the feel and purpose hasn’t.  Love it or hate it, busy trains are a significant part of our collective past and present.  So next time you are at a steam railway and in packed carriages feeling about as comfortable as you do when you are getting to work, reflect on how significant these heritage railways are to our history.  And think how important it is that they remind us of this.  If you’re anything like me, it’ll make it all worthwhile!

To find out more about the Alresford Watercress Festival, visit www.watercressfestival.org