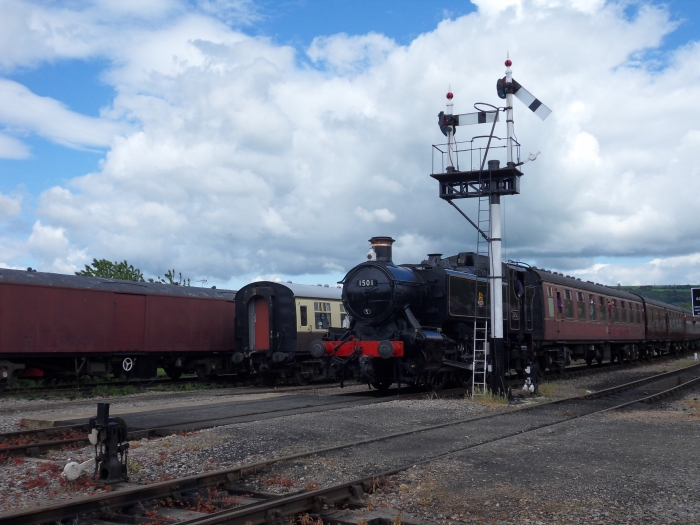 This little character is Hawksworth’s 15xx pannier tank courtesy of the Severn Valley railway. It might look small but it can pack a fair punch, on a visit to the Severn valley some time ago it hauled a very full eight coach passenger train! On the GWSR however it coped adequately well with our six coach trains and 12 vehicle (I think) freight train. 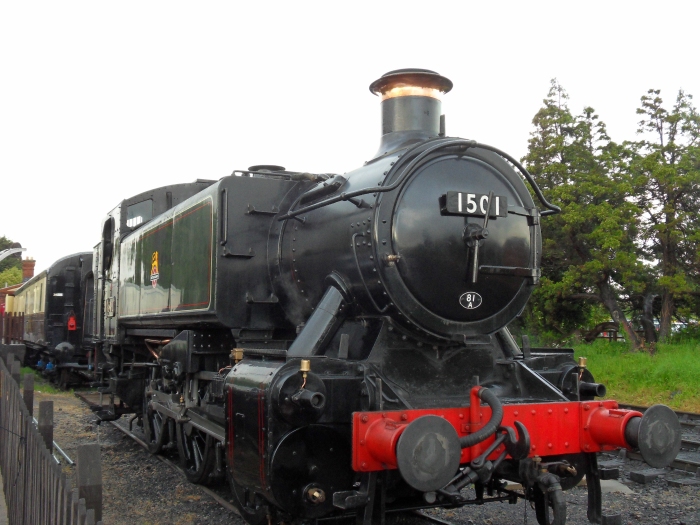 Designed by the GWR’s last and short lived chief mechanical engineer Frederick Hawksworth, these powerful panniers weren’t built until after nationalisation in 1949 under the auspices of British Railways. Ten were ordered, but by the time they arrived their primary function had all but disappeared so most of them ended up shunting empty passenger stock at Paddington. 1501 spent most of it’s working life at Southall. 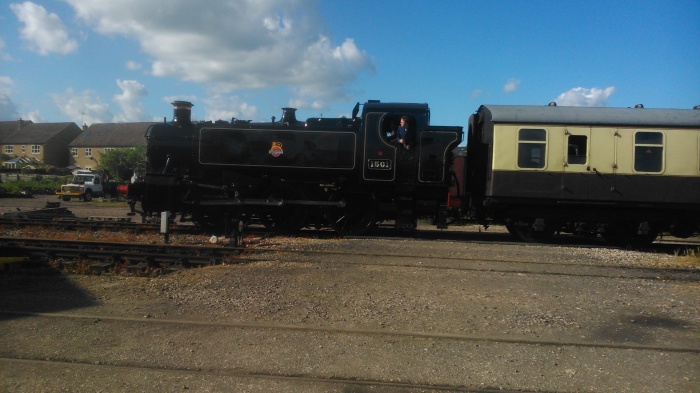 The class barely lasted 10 years in British Railways’ ownership, with diesels coming in to regular use, but three of the locomotive’s lives (including 1501) were extended by being bought by the national coal board for use in Coventry colliery. In 1970 All three were purchased by the Severn Valley Railway whereupon 1501 was restored to working use using the other two engines as a source for spares. they were later scrapped, a great shame and something I wouldn’t have thought would happen now. 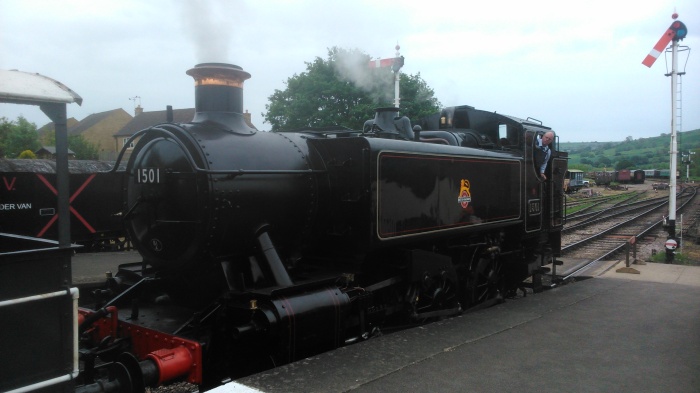 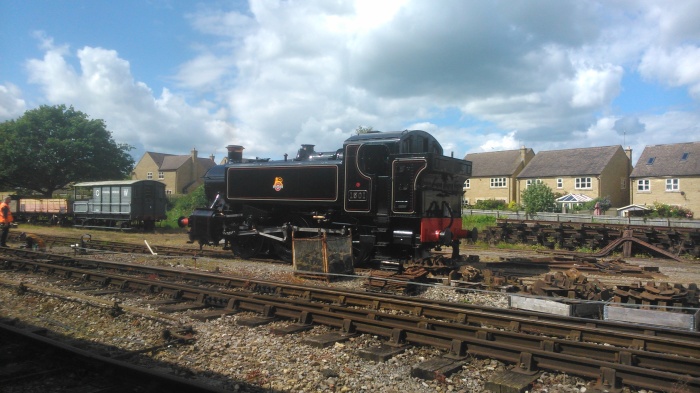 The loco has been a regular performer on the SVR often being the humble reserve loco at their galas so it was nice for it to be given a starring role, working passenger and freight turns all by itself and in the occasional double or triple header.