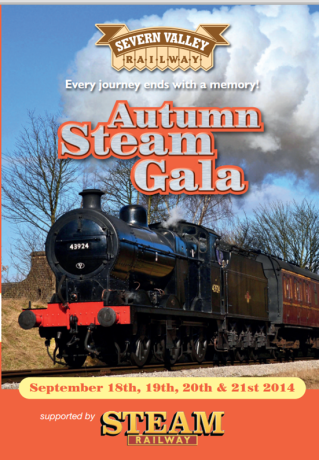 Not that it needs mentioning much, being the premier event of the year, I thought I’d take a look at the up coming Severn Valley Railway Autumn Steam Gala (SVR ASG) on the 19th – 22nd September. I’ve been trying to go for a couple of years but various events have conspired against me. This year purely by accident I’m seeing family in the area the same weekend although perhaps I won’t be “seeing” them as much as I thought now! So I’m planning on popping along, if not to ride on the trains, at least to take some line side pictures and bill it a a “family dog walk” (trains – how unexpected!!! That sort of thing),

So, the most important bit first – what locos are there? Well… 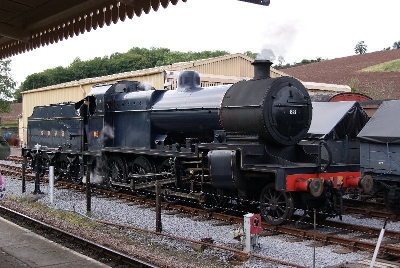 First up, needing no introduction, is S&DJR 7F No. 88 from the WSR, returning to the Valley. This will be one of her last outings before general overhaul so is not to be missed! Her wonderful livery will add a nice different splash of colour to the gala.

Next is a locomotive that you could say isn’t really  stranger to this blog, I had a choice of plenty of pictures to choose from in the blog’s media gallery! Ex-SR M7 30057 will be mostly doing the “local” services between intermediate stations (my second favourite feature of this gala) It will also have the pride of being the oldest loco at the gala, so I wonder how it will last for almost 4 days continuous operation – it’s usually a tradition that the spare loco has to get pushed into service!

The final guest loco in the line up is ex-MR 4F 43924. I’m quite fond of tender 0-6-0s, they have a certain look, maybe it’s because most designs tend to be quite old? Anyhow this locomotive comes from the KWVR in Yorkshire so is on unfamiliar metals. According to the SVR’s leaflet it is the only one left, although if that’s true what’s the NRM loaned to the GWSR to restore if not 4F 44027? Maybe it means the only Midland railway one, as I think 44027 was the first loco completed by the newly formed LMS.

Onto resident locomotives, probably my favourite (my southern tendancies showing through) is 34053 Sir Keith Park. Her restoration is really an amazing story, when the current owning group bought her, the transport group’s invoice read ” The remains of Sir Keith Park!” Still a fairly recently restored with only 2 years on the counter, she also has a nice fixed middle cylinder after a “mishap” at the beginning of the year. She will be mainly hauling the SVR’s Severn Valley Venturer train, and will look magnificent! 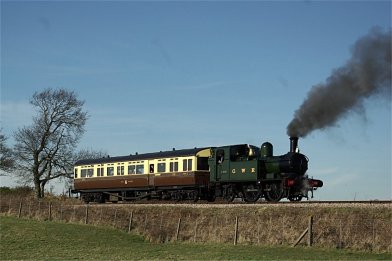 Another little loco doing locals is GWR 14xx 140 with autocoaches. I have met 1450 before on the GWSR but I don’t have any record of it, but she gets all over the place, here she’s on the Bluebell railway.

To stretch this out a bit this I think can become two halves, also I’m rather busy at the moment with school work so I can only write as and when. So that’s part 1! Click here for part 2. Hopefully next week I’ll put some photos up, and some fuller loco profiles on those locos not already looked at elsewhere, as I did for the GWSR gala. Are there any other Locoyard authors who are attending any of the other various Autumn Galas? It would be good to have a wide coverage of the ones around the country, I know that certain authors are quite a fan of the MHR…