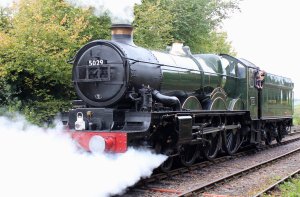 Being one of Swindon’s finest express locomotive’s, this locomotive was arguably the headliner of the Watercress Line’s Autumn Spring Steam Gala.  5029 Nunney Castle was a prestigious visitor of the event.  The castle class is a classic Great Western express machine.  Although superceded in power by the later King class, it’s greater route availability kept it on the front line of Western express services throughout it’s working life.

As with the other visitors for the gala, 5029 Nunney Castle is part of the Icons of Steam collection (click here for more.)  In keeping with other GWR locomotives, the Castle class were a development of Churchward’s “star” class (vlick here to read more) by Collett, with both classes being very advanced for their time.

One of my favourite anecdotes of the Castle class was that it was developed before Gresley’s A1 (Flying Scotsman) class and outperformed it in trials, leading to Gresley modifying the A1 to the A3 class.

This anecdote isn’t the only impressive claim to fame. The London Midland and Scottish (LMS) Railway were allowed to trial the use of a castle class. They were so impressed that they were prepared to purchase a batch from their western rival. The GWR refused the request. Ultimately however the LMS were to have the last laugh by recruiting Swindon’s rising star; Stanier.  Stanier would go on to design some of the most impressive steam engine’s that would run on British tracks and the lineages of many of these classes can be traced to GWR designs. 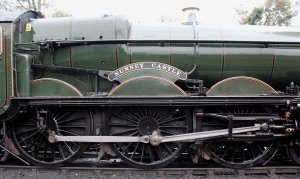 As with the hall class, the locomotive is well proportioned and engineered so well.  You can understand why the GWR has such a following to this day when you see a Castle class. 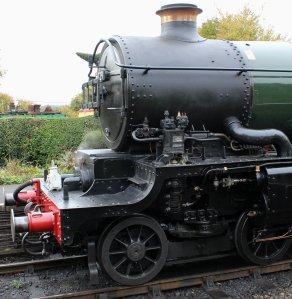 Just a final note, the castle that this locomotive was named after is located near Frome, Somerset, not too far from the East Somerset Railway.  It is an English Heritage owned property and open to the public.  Also I’ve included a video of 5029 (and classmate 5043) produced by UK Heritage Hub at the bottom of this blog post.  Thanks for reading 🙂 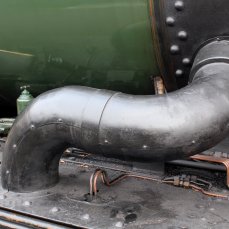 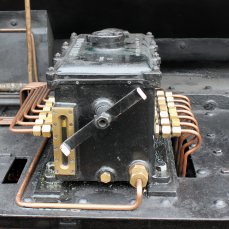 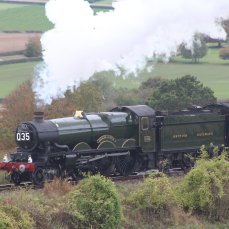 One thought on “Nunney Castle”