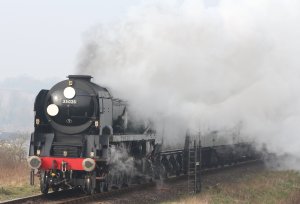 Tonights post is just a quick one, as mentioned earlier this month the pride of the Southern Railway preserved locomotives 35028 Clan Line has gone into overhaul at Crewe Works. The Merchant Navy Locomotive Preservation Society who own Clan Line have been sharing updates on the progress they are making which can be found below.

As a fellow volunteer working on a Merchant Navy overhaul I am amazed by the progress they have made in such a short period of time. Its hoped this overhaul will take around 18 months to achieve and at the speed they are progressing I wouldn’t be surprised if they make that date with ease.