As today is Remembrance Sunday, a day when we remember and honour those who have sacrificed themselves to secure and protect our freedom, it is rather fitting that we look at a locomotive that served on Longmoor Military Railway (LMR) from the date it was construction (1910) until 1953.  The LMR was built by the Royal Engineers to train soldiers on how to construct and operate a railway.  Railways were a key part of military operations and this steam locomotive was therefore an important machine.  So important in fact that this locomotive was saved as part of the National Collection. 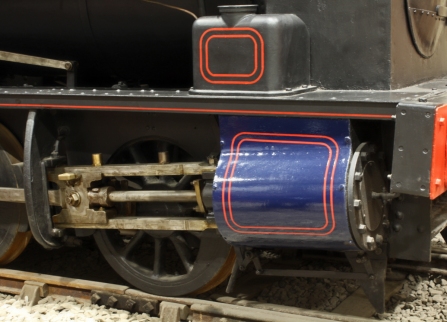 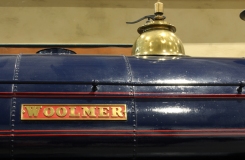 No. 1572 Woolmer can be found in Basingstoke’s Milestones Museum, where it is on long-term loan. Built in Bristol by the Avonside Engine Company, Woolmer was so named after Woolmer Forest, where the LMR operated and one of the most ecologically important areas of England.

Milestones Museum itself is worth a visit and quite unusual. It is basically an undercover small town with quite a collection of local heritage machines, including a station. The pictures below offer a glimpse of Milestones! 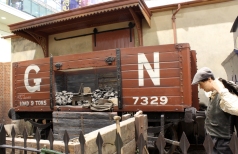