Today and tomorrow are likely be the last two days that the unique Southern Railway 4 cylinder 4-6-0 850 Lord Nelson will run before withdrawal.  Maunsell’s powerful brutes boiler ticket expires at the end of this year and as a result will require a full overhaul if it is to steam again. For this reason, we have included a video in this blog post that was taken at the end of last week to record some of the National Collection’s unique survivor’s last runs for the immediate future.

Nellie, as she is affectionately known, has become a popular locomotive with the locomotive crews on the Watercress Line.  She has also has many fans outside the railway and it’s easy to see why.  For starters, when built in Eastleigh in 1926 she was the most powerful 4-6-0 in the country, with a boiler pressure of 220lb psi, 6ft 7 in driving wheels, four cylinders and a tractive effort of 33,500lb!  Not only is she powerful, but looks it too, thanks to her parallel boiler and Belpaire firebox.  To read more about this locomotive, please click here.

The big question on everyone lips is what will happen to Nellie next?  The answer to this is still to be decided, but discussions between the National Railway Museum and the Watercress Line have been in progress and the railway are looking at getting some Brunswick green paint…

In the meantime here’s a selection of pictures of 850 Lord Nelson. Enjoy! 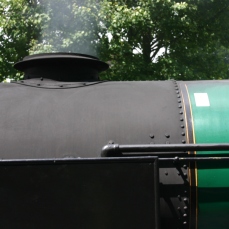 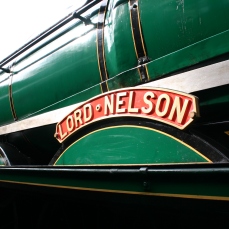 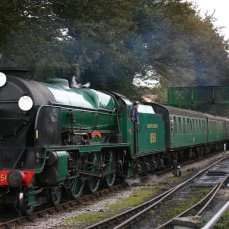 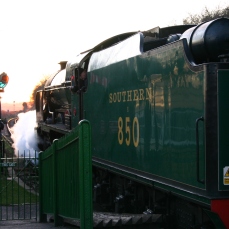 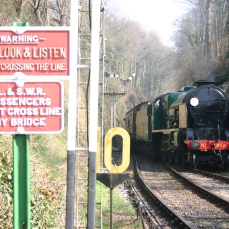 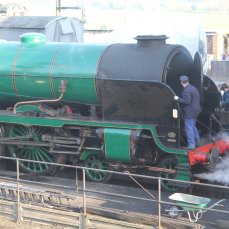 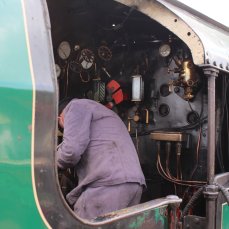 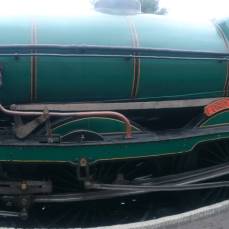 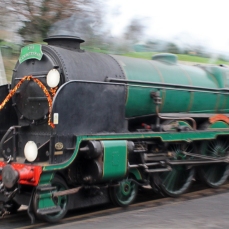 One thought on “Farewell Nellie!”