As promised on Saturday, here are a few photographs taken whilst growing up alongside the Kent and East Sussex Railway.

Another picture of the terrier in BR colours, this one taken in 1994 entering Rolvenden station.

The unique 16xx pannier tank 1638 is pictured at Northiam in 1994 below.  This was whilst she correctly wore unlined BR black – she now sports GWR colours that she never wore in service, being a BR-built machine. 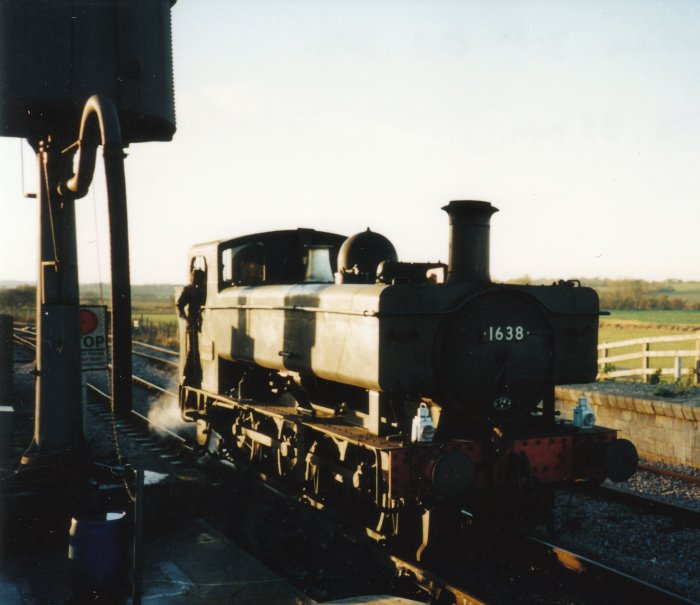 The following two pictures, also taken in 1994 are of Hunslet Austerity no 24 William H Austen.  This engine has since been renamed Rolvenden.  It is pictured first climbing Tenterden Bank and then near the sumit, coming into Tenterden Town station.

The picture below shows the line’s Norwegian locomotive at Rolvenden with a view into the cab.  This was taken in 1995. 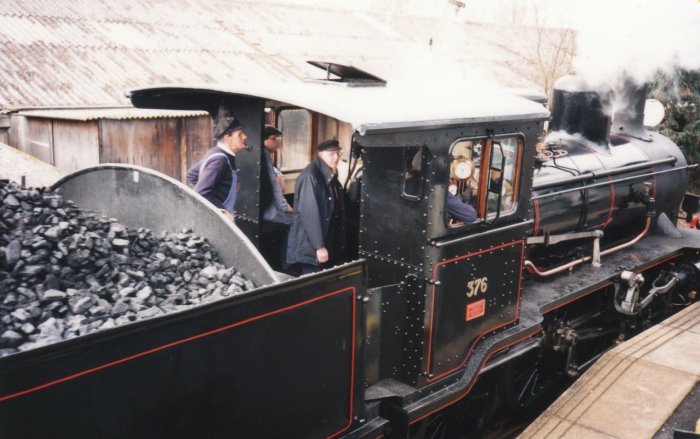 Sites such as the one below are VERY rare on the Kent & East Sussex Railway!  376 Norwegian is again pictured, this time piloting visiting Ivatt 2MT mogul 46443 in 1995.  Tender engines are rare enough, two double-heading extremely so! 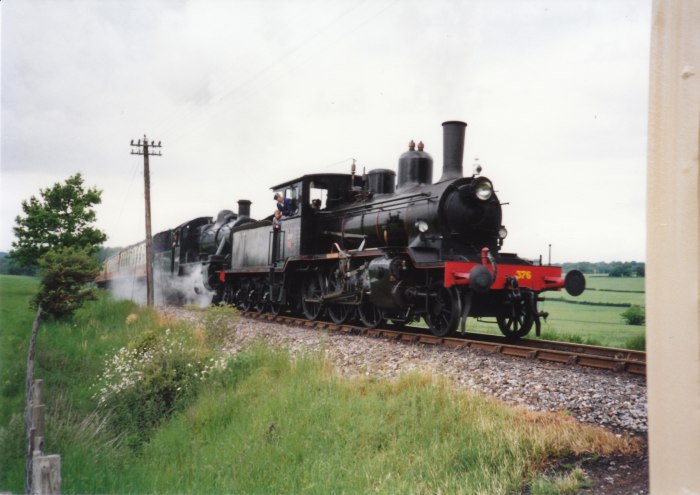 Number 24 is pictured again, this time in lined green, carrying the name Rolvenden a year later in 1995. 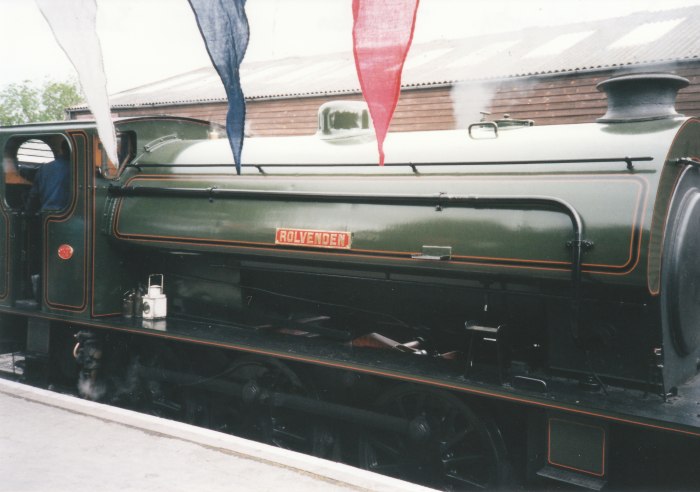 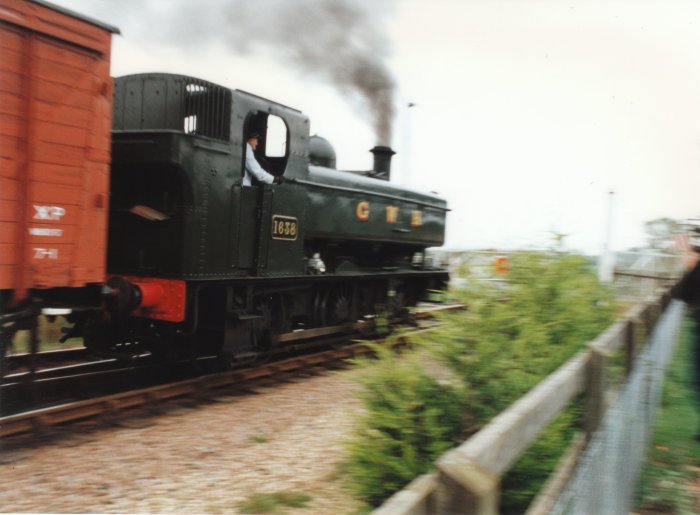 A year later in 1997, the pannier pulls the “Victorian train” past the crayfish beds between Rolvenden and Wittersham Road. 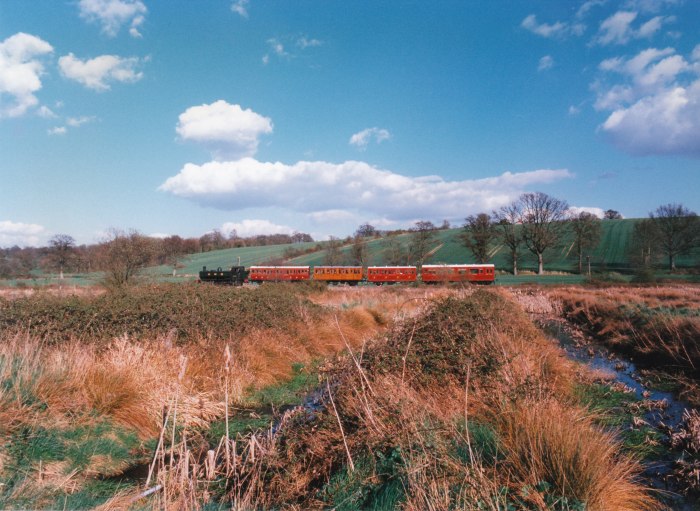