Part 9 concludes a long series of posts looking at experiences during my childhood of steam on preserved lines.  These have included watching small tank engines working hard up Tenterden Bank on the Kent and East Sussex Railway, having a cab ride on an Ivatt 2MT 2-6-0 on the Lavender Line, being astounded by the historic Bluebell collection and the might of massive locomotives working the Watercress Line, not to mention seeing the legendary Flying Scotsman, feeling the charm of a GWR branch line in Devon, delight in seeing the official Thomas the Tank engine on the Nene Valley Railway and most recently a demonstration of Great Western variety on the country’s longest standard gauge railway, the West Somerset Railway.  The previous post in the series can be found by clicking here and the whole experience summarised with links on the About page.

These are not the only memories from my childhood I have.  Some would have featured in separate parts but alas I do not have photographs as I was very young at the time.  Moments that stand out include being pulled by the last steam locomotive built by British Railways’ standard 9F 92220 Evening Star on the North Yorkshire Moors Railway; having a ride on the fantastic narrow gauge Ffestiniog Railway behind Blanche and visiting the Severn Valley Railway whilst a fabulous steam gala was taking place.

Part 9 will join some of the remaining memories together (where I have photographs) to conclude this series.  Today we return to Kent and look at some smaller locomotives of the Romney, Hythe and Dymchurch Railway.  This railway is a 15″ gauge fully functioning express railway that was opened in 1927 as a result of the dreams of millionaire, racing car driver and former Army Officer Captain JEP Howey and the (arguably) even more famous racing driver and richer Count Louis Zborowski.  The very interesting history of the line can be read here. 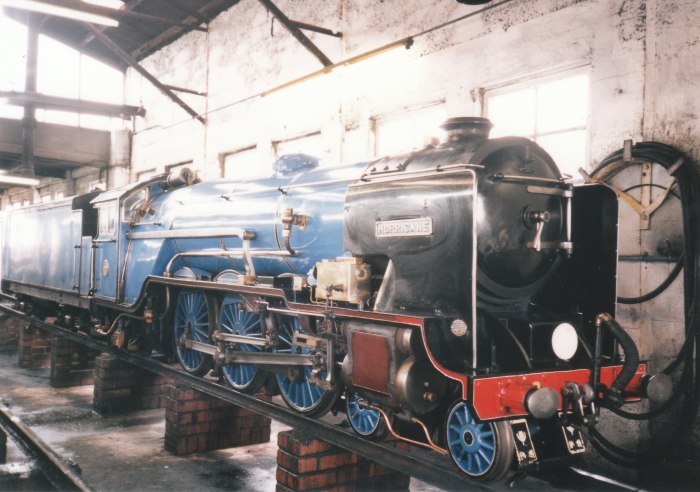 Where the line is particularly interesting is the attention to detail that has been put into making it accurate.  It has double track, signals, with many locomotives being replicas of LNER prototypes; all this combined makes it all feel real, albeit at a third of the size.  It is a working railway too and they even have a regular (diesel-powered) school train during term time! 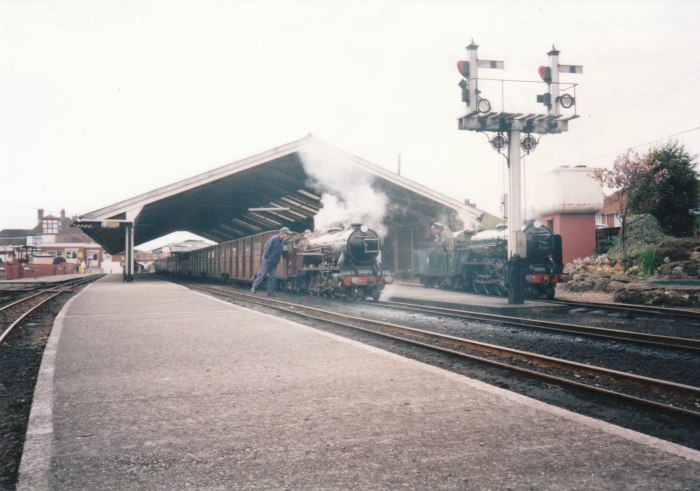 All pictures in this post were taken at New Romney in 1995.

The final picture of today’s post was taken in the South West – in Cornwall.  Dobwalls was an adventure park located near Liskeard that had two miniature American style 7 1⁄4″ gauge rail networks, one based on the Rio Grande Cumbress Pass Line the other on the Union Pacific Railroad.  The Rio Grande route had (at the time) the steepest gradient of any passenger carrying miniature railway in the world at an impressive 1:25, whilst the other was hardly flat with a ruling gradient of 1:66. 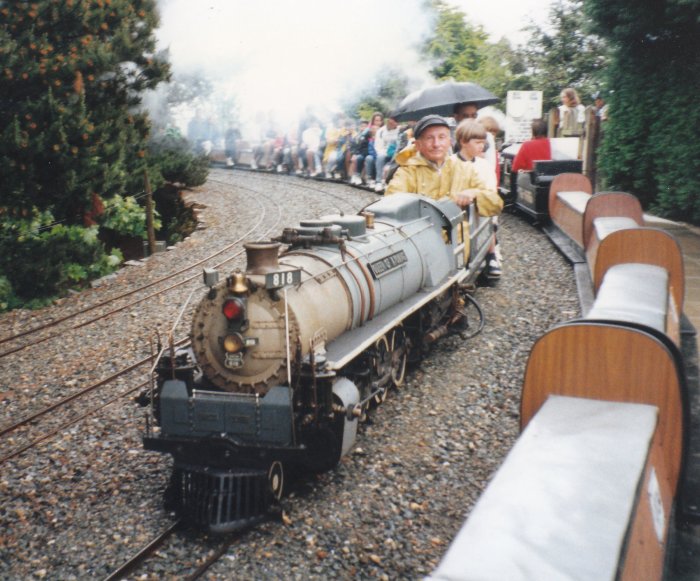 The Union pacific route (pictured) closed in 2006 and unfortunately Dobwalls itself closed in 2008 due to reducing visitor numbers.  I have very fond memories of these powerful little locomotives and if it wasn’t for the fact that American models are built to a different scale, I’d probably have one or two on the yard!

Tune in next Saturday for chapter 2 of this final part 8!