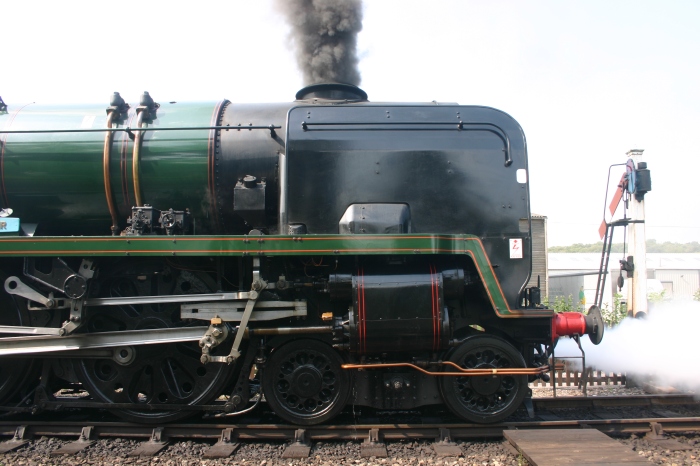 Last week saw the last of a series posts charting my steam adventures of my youth which are charted in the About page.  So that there is some continuity and to pick up the Steam Diary where the About page finishes comes a few posts from a visit to the Bluebell Railway in 2009.  We start naturally enough (given yesterday’s review of Hornby’s model of the rebuilt West Country / Battle of Britain class) with 34059 Sir Archibald Sinclair in steam.

Seeing this impressive rebuilt “light pacific” was all the more special given that I had memories of seeing it as a rusting hulk slowly being restored as a long-term project for many years.  It is amazing when you see the transformation of what was a hunk of rusty metal into a living, breathing steam locomotive and it is a real testament of the dedication and hard graft on the part of so many volunteers.

This was the first rebuilt Battle of Britain class locomotive to be steamed in preservation, though this is not quite as poignant a milestone when you consider that it is mechanically identical to the rebuilt West Country class locomotives. Archie, as the engine is known affectionately; is one of ten rebuilt Bulleid light pacific’s to have survived and looks radically different to its unrebuilt brothers and sisters (click here for an unrebuilt example).

Unfortunately the locomotive has been withdrawn since these pictures were taken and when overhauled next it will need a significant firebox repair and will be out of action until funds are raised to pay for this.

There is much debate on whether the rebuilding of these locomotives was for the better; it certainly improved their reliability and ease of maintenance but also made them heavier and not as free-steaming.  Whichever allegiance you have, we are very fortunate in having so many examples of both rebuilt and unrebuilt versions and I am sure you’ll agree that it will be great to see Archie in steam again in the future. 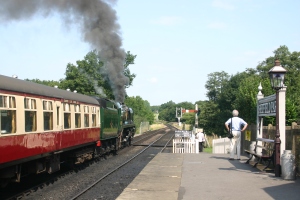