Apart from being a village in Hampshire, Ropley has a station at the top of it’s hill that has become renown throughout the preservation movement as being a hub for steam; it being both a home to a large fleet of large steam engines but also a place where steam engines are re-born.  These delights for a steam enthusiast can soon become intoxicating and as ever it can be good to take a metaphorical step back and see the other thing the station is famous for – it’s topiary! 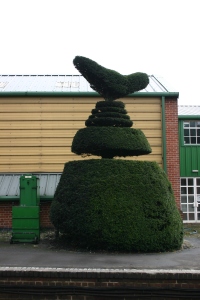 The yew topiary is nothing new here (that’s a bit of a tongue-twister!); in fact it dates back to at least 1898.  That’s not to say the topiary as it stands was handed to the volunteers on a plate, as by the 1960’s it was largely overgrown. 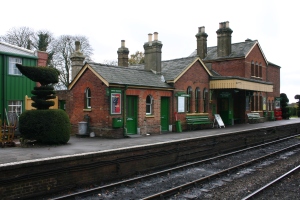 Ropley station is worth exploring, not just for it’s fancy hedges (sorry, I mean “topiary”) but also for the other little finishing touches that set a scene from the BR steam era. 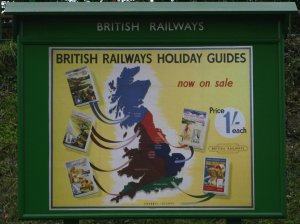 As is often the case, the posters would not all be suitable for the present-day audiences, the one below being no exception!

Although it does not look out of place, the footbridge (below) is actually from North Tawton in Devon and was installed in 1983.

The signal box is also not original, but my research here come to a sudden stop due to the complexity of some discussions I read on forums.  I never realised how big a subject signal boxes are!  I believe that Ropley’s signal box came from Netley, although uses a frame from Barnstaple.  Please correct me if I am wrong!

The below picture almost goes off this threads theme, with the edge of the loco yard in view!

Hopefully these pictures have given you a taste of a different side of Ropley station and an interesting one too.

Do not forget that you still have plenty of time for your Movember competition entries, click here to read more. 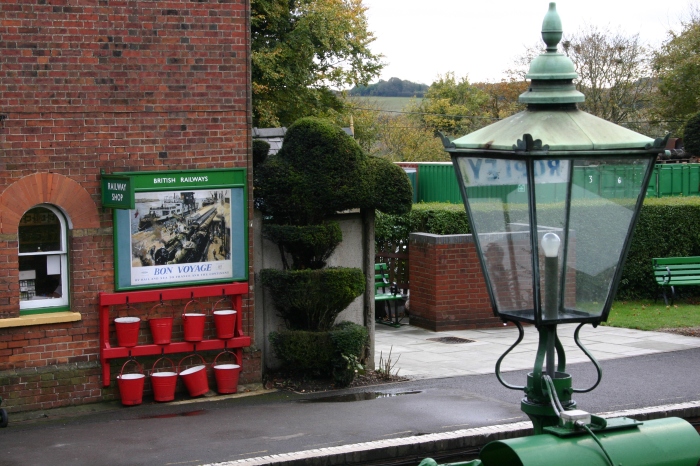