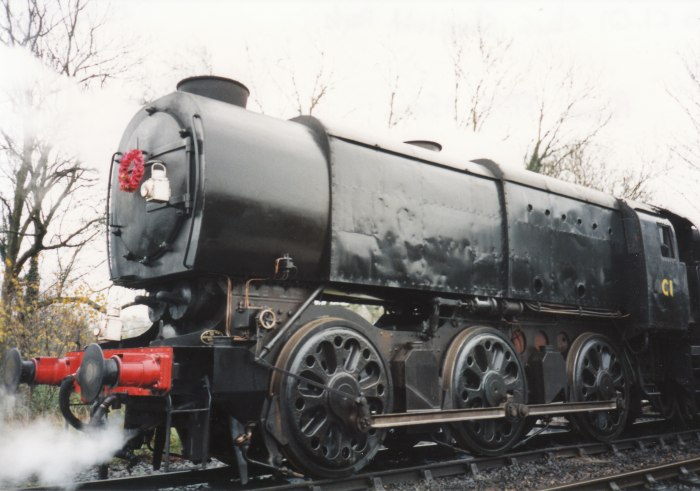 It being Remembrance Day; we look at a few pictures today of two steam locomotives that were built during war-time and another three named in memory of war-time subjects.  We start with Q1 class C1, pictured above in steam at the Bluebell Railway in November 1994, with a Poppy wreath.  This locomotive was built to an “austerity” design during the Second World War. 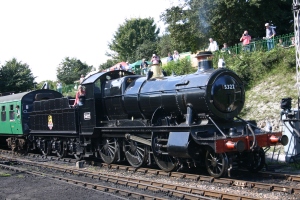 From the First Wold War, we have a GWR 43xx locomotive (above).  This locomotive started it’s career in 1917 in France as part of the war effort. 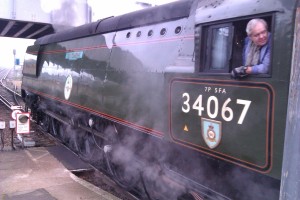 As a result of the second world war; Bulleid created a “new” class; the Battle of Britain class.  These locomotives were identical to the west country class but were named after RAF personnel and squadrons.  Tangmere is pictured above. 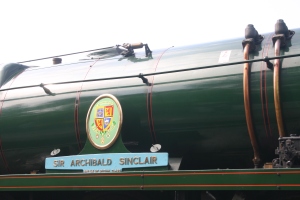 Another member of the Battle of Britain class – 34059 Sir Archibald Sinclair is above. 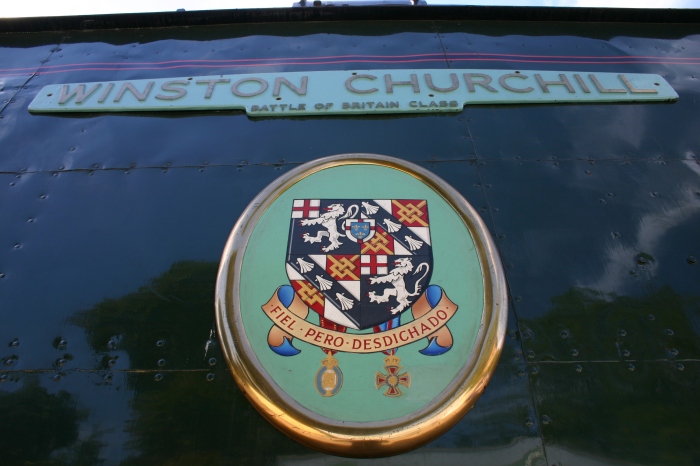 Arguably the most famous locomotive in Bulleid’s Battle of Britain class was 34051 Sir Winston Churchill, the locomotive that eventually had the honour of hauling it’s namesakes funeral train in 1965. 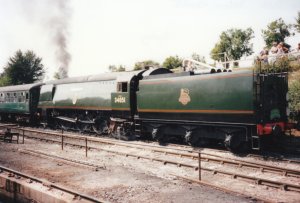 Thanks for reading, Locoyard followers.