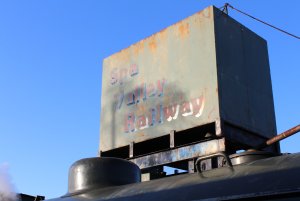 As you may gather, my idea of a spa day is perhaps not the same as most people’s!  It involves visiting the Spa Valley Railway; a heritage line based in Tunbridge Wells, Kent.  In 2013 I briefly visited the line (click here) and a few days after Christmas in 2014 I managed a proper visit with a ride along the line.

Unfortunately services were only running between Tunbridge Wells West to Groombridge rather than the full length of the line to Eridge.  Despite the shorter journey, my wife and I thoroughly enjoyed it, particularly as we were given a hot mince pie on the way!

Tunbridge Wells West station is the line’s headquarters with an impressive LBSCR loco shed (above) and can be found next to a Sainsbury/Homebase car park.  The shed is the only original LBSCR loco shed that is still used for its original purpose.  The former station is very impressive but these days it functions as a restaurant and is not connected by rail (see below.)

There is often much to be seen in Tunbridge Wells West loco shed and yard, although on this occasion the formers viewing gallery had been converted into Santa’s grotto!

I did manage to get a good look at Class 33/0 33063 ‘R.J.Mitchell’ in the low winter sun from the carriage window.  This locomotive was named in 2005 in honour of the man who designed the Supermarine Spitfire and is owned by the South East Locomotive Group who have an interesting website – http://rhysgthomas.co.uk/selg/ 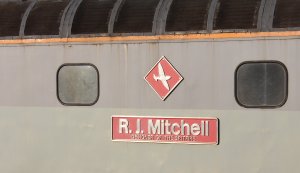 Although we didn’t see the whole route on this occasion, it was nonetheless very scenic.  Departing from Tunbridge Wells West, the railway’s first stop is at High Rocks, which is an outcrop of Sandstone rocks, designated as a Site of Special Scientific Interest (SSSI.) 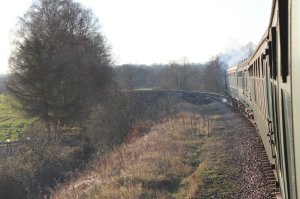 After High Rocks, the train next calls at Groombridge, where on this occasion services terminated, although usually they carry on to Eridge where they connect with network rail. 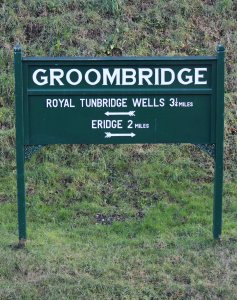 Groombridge is a small village on the Kent/East Sussex border, famous for it’s moated Manor House; Groombridge Place.  Joint tickets are available to visit both railway and house, although we did not have the time to do both on this occasion.

As with Tunbridge Wells West, the Spa Valley railway can not use the former Groombridge station building as it is now a private residence, but regardless the Spa Valley’s recreation of the station still looks and feels as a southern station should. 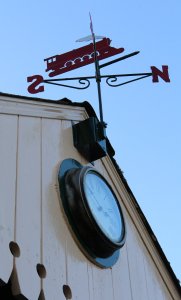 Services were hauled by Hunslet Austerity War Department (WD) 75105 Walkden, a locomotive on loan to the line.  Usually based on the Ribble Steam railway, the locomotive will be working in Kent until June 2015, filling-in whilst resident steam engines are overhauled/repaired.

The locomotive has an interesting history.  Built during the Second World War the locomotive was sent to France in 1945 as part of the war effort.  After this, it spent it’s life working for the Netherlands State Railways until the 1970’s in the country’s coal industry. 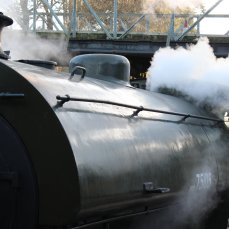 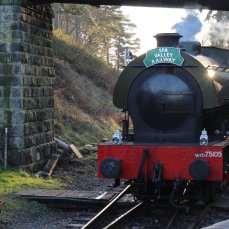 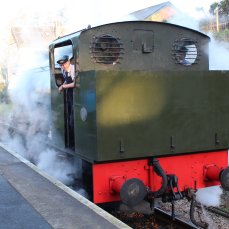 It was great to visit this railway and I very much look forward to visiting again in the future!  Thanks for reading! 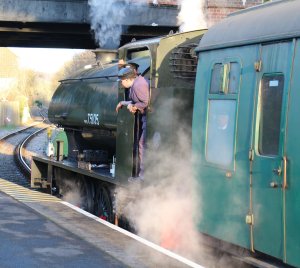