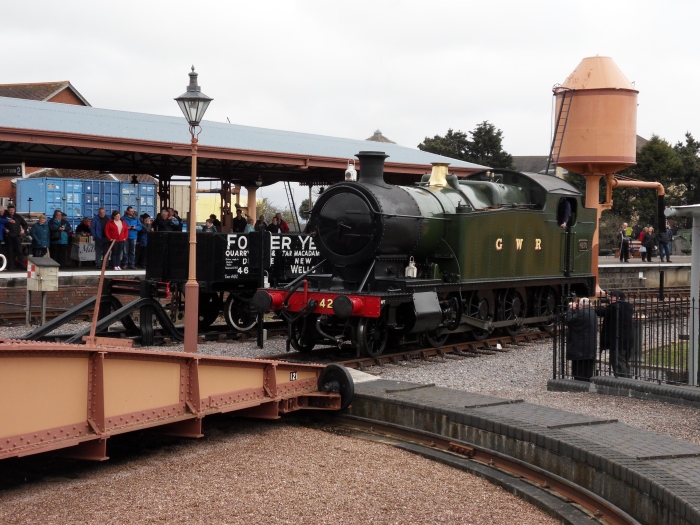 Going on facing one way…

We spent an hour or so at Minehead, the railway’s seaside terminus, during the gala, although there was so much to do we never got to see the sea. The most important thing first of all of course was to find lunch, a perusal of the menu in the turntable cafe suggested a breakfast bap would be a good idea, and this was consumed whilst watching 4270 getting dizzy on the turntable. 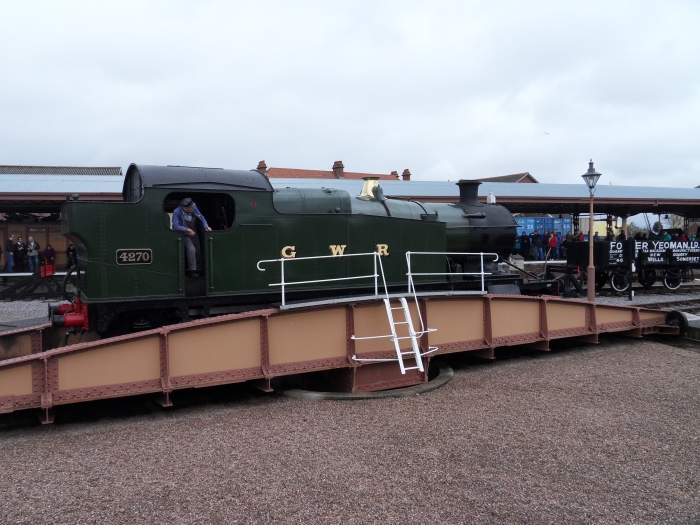 And coming off facing the other.

After that there was time to peruse the various stands around the station. there was some fantastic railway art for sale, but also some eye-watering prices. One thing that did catch my eye were some headboards and loco nameplates:

And some loco nameplates.

This got me thinking that I quite like the idea of something like this up in my railway shed. original plates are of course fantastically expensive, wooden replicas are a cheaper option, home-made cheaper still, with access to certain tools…

I also spotted recently withdrawn S&D No. 88 which I briefly saw at the SVR last year. This overhaul needs to be pretty speedy as it is wanted back by next year for the anniversary of the S&D closure. 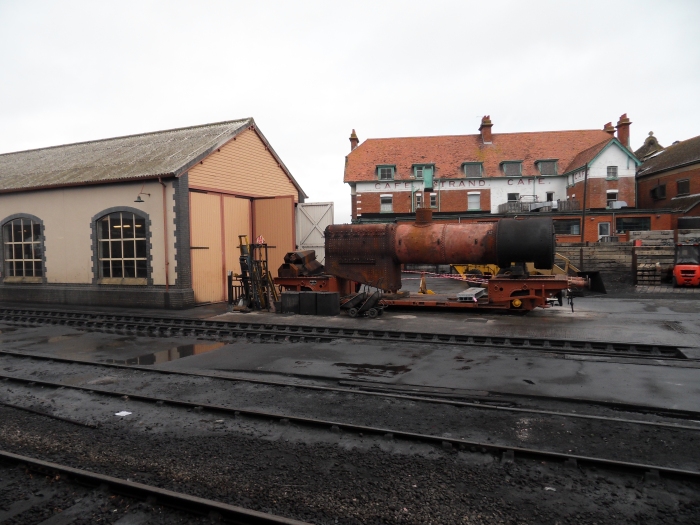 Other random bits and bobs spotted included, hiding behind a toad wagon next to the wonderfully restored signal box, an unclaimed GWR tender:

Anyone any ideas who it belongs to?

Finally for today it was a race up to the end of Minehead platform to grab a picture of what was going to be taking us away – once again it was Odney Manor, oh well, you can’t have too many pictures of a manor (Or any other GWR 4-6-0 for that matter!)

One thought on “WSR SSG Part 4”