One simple reason for the steam enthusiast to want to visit the Great Western Society at Didcot Railway Centre is fairly simple – it houses the largest collection of GWR loco’s and rolling stock in Britain.

Last Sunday’s blog post looked at the Didcot site and as promised we will now look inside the engine shed!  Unfortunately I did not record every locomotive, but hopefully this and tomorrow’s posts will give you a good taste of what is to be seen!

Naturally we start the tour outside the shed, where 43xx 5322 and Modified Hall class 6998 Burton Agnes Hall were posed.  The former of the pair is in working order and looked good in BR black.  Just in case you get confused when looking through these pictures; 6998 was shunted back into the shed after the above picture was taken.

Moving into the shed we now look at a very small and elderly locomotive.  Indeed, I believe this is the oldest locomotive to feature on locoyard.com to date.  Number 5 Shannon was built in 1857 by the former Wantage Tramway and is an 0-4-0 well tank.

Next to it is another 0-4-0 built an incredible 94 years later, in the guise of saddle tank number 1 Bonnie Prince Charlie that was built as a shunter for Poole Quay. 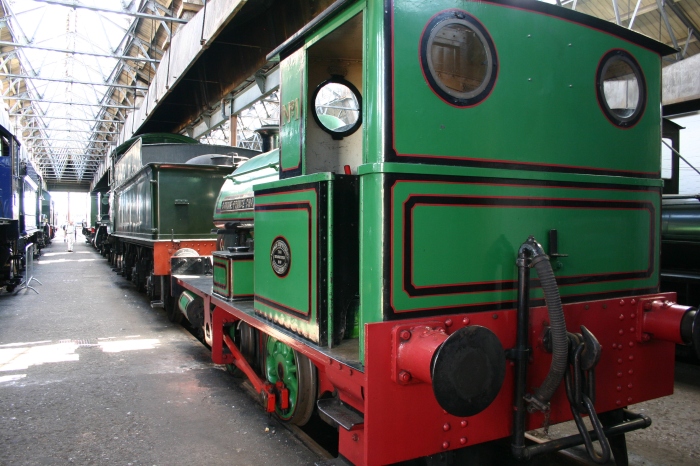 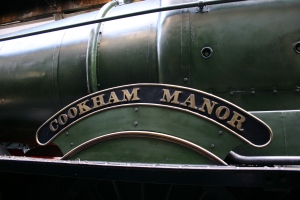 Large tank engines including large and small prairie tank engines are present an is an example of a 56xx 0-6-2 built to haul heavy coal trains in Wales – 6697. 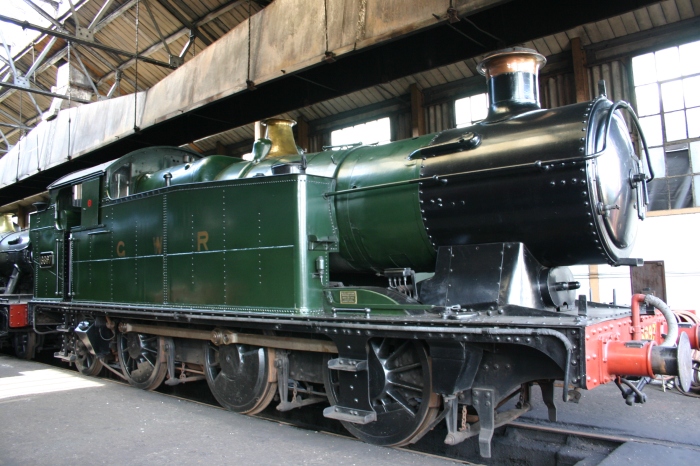 Another small tank 0-4-0 tank engine on display caught my attention for a surprisingly long length of time.  1340 Trojan is a small tank engine built in 1897 for Newport town dock.  The reason it proved to be a distraction was simply the potential of creating this in model form from rtr chassis available from Hornby and Bachmann.  My first thought when I saw it was; “it’s a GWR Caley pug!”. 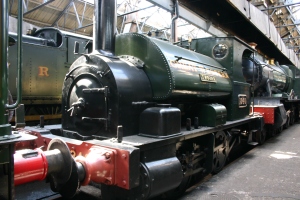 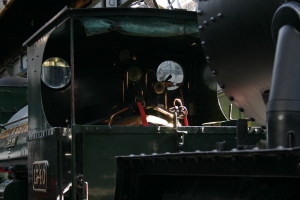 I’ve since read the possibility of recreating this locomotive has been discussed on forums; but I have yet to see a finished product.  I wonder if anyone out there has seen this done?  If so, I’d love to hear from you!

Another 1897 built saddle tank engine number 1338 is another possible contender to be created in model form.  This locomotive was built for the Cardiff Railway.

The final locomotive we will look at in today’s post is the classic GWR branch line tank engine – a 14xx class number 1466.

Tomorrow’s post will look closely at two more very special locomotives to be found in Didcot engine shed… Until then, thanks for reading! 🙂