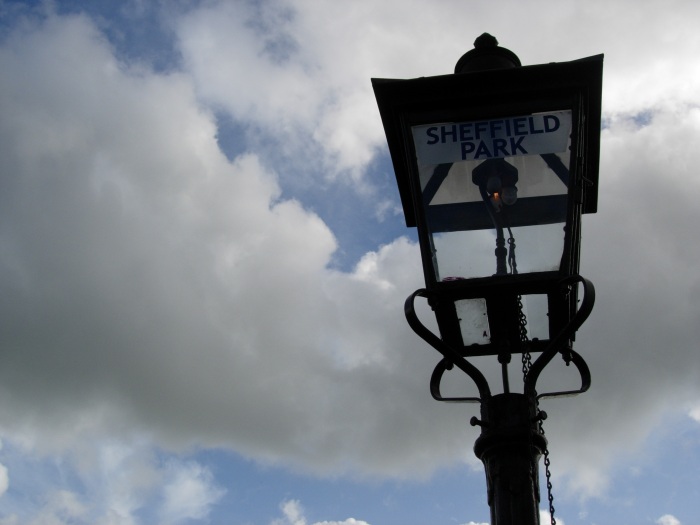 Most of the readers of the Locoyard blog must be very confused that the final part of “my journey in becoming a steam enthusiast” involved me giving up being an enthusiast and finishing the final part in an overly melodramatic fashion!  How could that possibly be the end of the journey?  Well, in short, it isn’t and jolly good job too, as I wouldn’t have been able to tell you it otherwise!  Therefore it is necessary to finish the story with the far more positive outcome of how I returned to the hobby, hence this epilogue.

Leaving where part 9 chapter 3 left off; upon moving away and going to University, I soon became detached from both model and real trains, partly due to not knowing anyone with a similar interest and also due to having little means to access or buy anything other than beer!  For some years after leaving University, steam railways become a distant memory at the back of my mind.  There was still a little glimmer, much like that in the lamp above.  My interest in photography that used to go hand-in-hand with my love of steam trains remained strong and would prove to be my undoing!

The rail enthusiast in me was waiting for the chance to become alive again and it did this the instant I bought a car for the first time!  One of my first solo forays by myself was into the Sussex countryside; with no particular plan, except to enjoy the freedom of having a car and to take some photographs.  In a marvelous feat of subconscious navigation (that I probably could not repeat) on roads I was not familiar with; I ended up at Sheffield Park station on the Bluebell Railway! 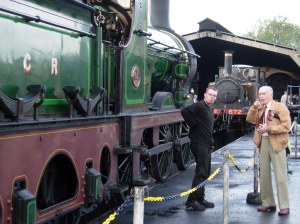 This was literally the first trip I had made that involved seeing steam locomotives since before the millennium.  Although, at this stage I was still was not a born-again rail enthusiast, the signs were beginning to show themselves.  Interestingly something that is very striking about the pictures taken at the Bluebell was that they did not such a focus on the machines themselves.  This has proved to create some interesting images, the like of which I had not produced before.  A fresh perspective can make all the difference!

Another early drive was to Ropley for a walk in the countryside; that just happened to involve seeing Ivatt 2MT steaming into the distance (above).  This trip did not involve visiting the engine sheds, that would not happen for a little while, but the fact that I picked Ropley to go for a walk says a lot!

A few months after my first solo road trip, I met my future wife and began a series of traveling adventures with her.  With this came a new found want to explore and discover we started visiting places together.  One such instance came whilst hosting my parents and we visited Corfe Castle.  It was here that another calling to the steam enthusiast in me was made by the fantastic views of the Swanage Railway (above and below).

These early stirrings may seem fairly small, but they were very significant and a sign of more things to come; which will be the subject of the next part of this epilogue.