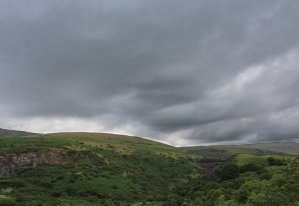 Dartmoor in Devon is a fantastic National Park.  Much of it has a very wild feel, although I recall my grandfather telling me that in all the years when he used to walk the moors, he always met at least one other person every time!  In the past, some of Dartmoor would have been industrial in appearance, but almost all of this has long gone.  However the evidence of the quarries, mines, rail and tramways can still be found.

Although mainly outside of the remit of this blog, my interests in walking, running and cycling sometimes overlap with my interest in railway heritage and such was the case here!  A recently opened cycle route called the Granite Way in the North of Devon runs on a former railway track bed.  It connects Okehampton to Lydford, crossing two viaducts, with that of Meldon (see above for the view of the dam and reservoir and below of the structure itself) being arguably the most impressive.  At Meldon the route runs along a section of the Dartmoor Railway heritage line. 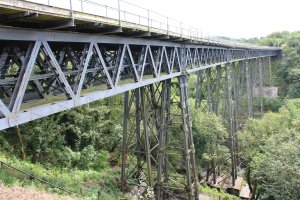 Dartmoor Railway currently only operates on Saturdays, and as my wife and I rode on hired bikes on the Granite Way on a Monday, we didn’t see anything stirring.  However, a substantial amount of stock was to be seen.  The railway’s motive power is all fueled by Diesel, with Class 205 Thumper Units (below) being amongst the fleet.  The Dartmoor Railway receives little media coverage and so I was surprised to see the extent of the site.

Dartmoor Railway was originally built by the London and South Western Railway, a once fierce competitor of the Great Western Railway.  Meldon Quarry has been a source for track ballast for the southern region of British Railways for some time.  It was for this use that it was kept open beyond Beeching’s cuts of the 1960’s. The Railway is now owned by Granite Line Ltd for commercial activities, but the Dartmoor Railway Supporters Association provide the volunteers behind its heritage elements. 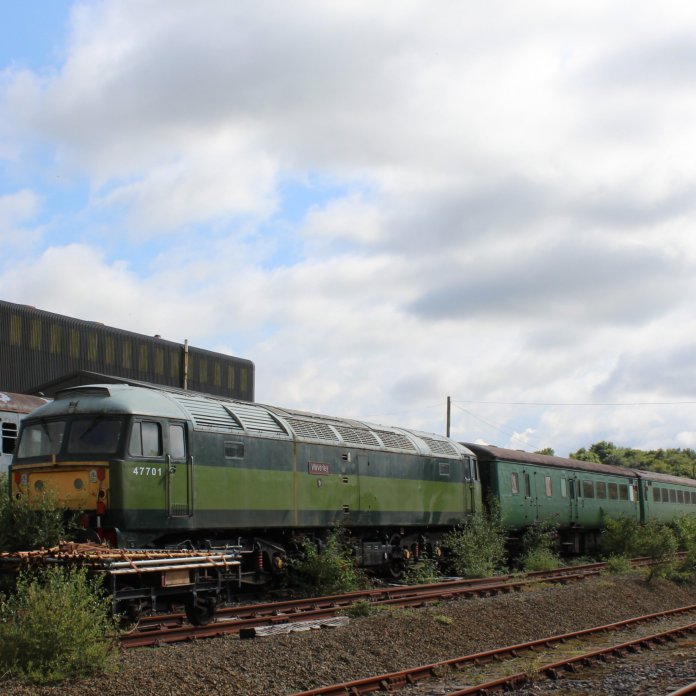 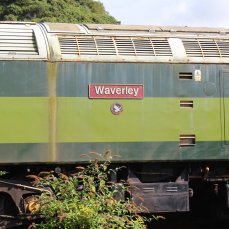 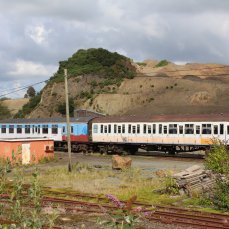 The Railway and adjoining Granite Way cycle route run through some spectacular countryside.  Bikes can be hired (click here) to ride the route which connects the railway with Lydford and its famous Gorge.  Lydford Gorge is National Trust owned and offers a small discount for those who arrive by bike. 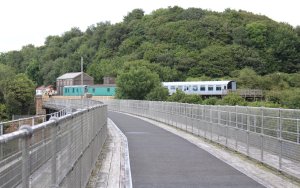 The viaducts are very impressive and high (see below the view looking down!) cycle route is mainly easy going, although coming up the hill from Lydford Gorge is hard work!  Do check if the railway is running before visiting, as combined with the cycle route it would make for an even better day out.  For me however, a ride on the railway will have to wait for another day! 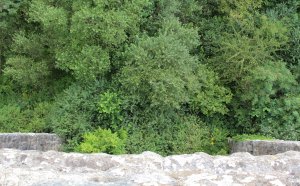